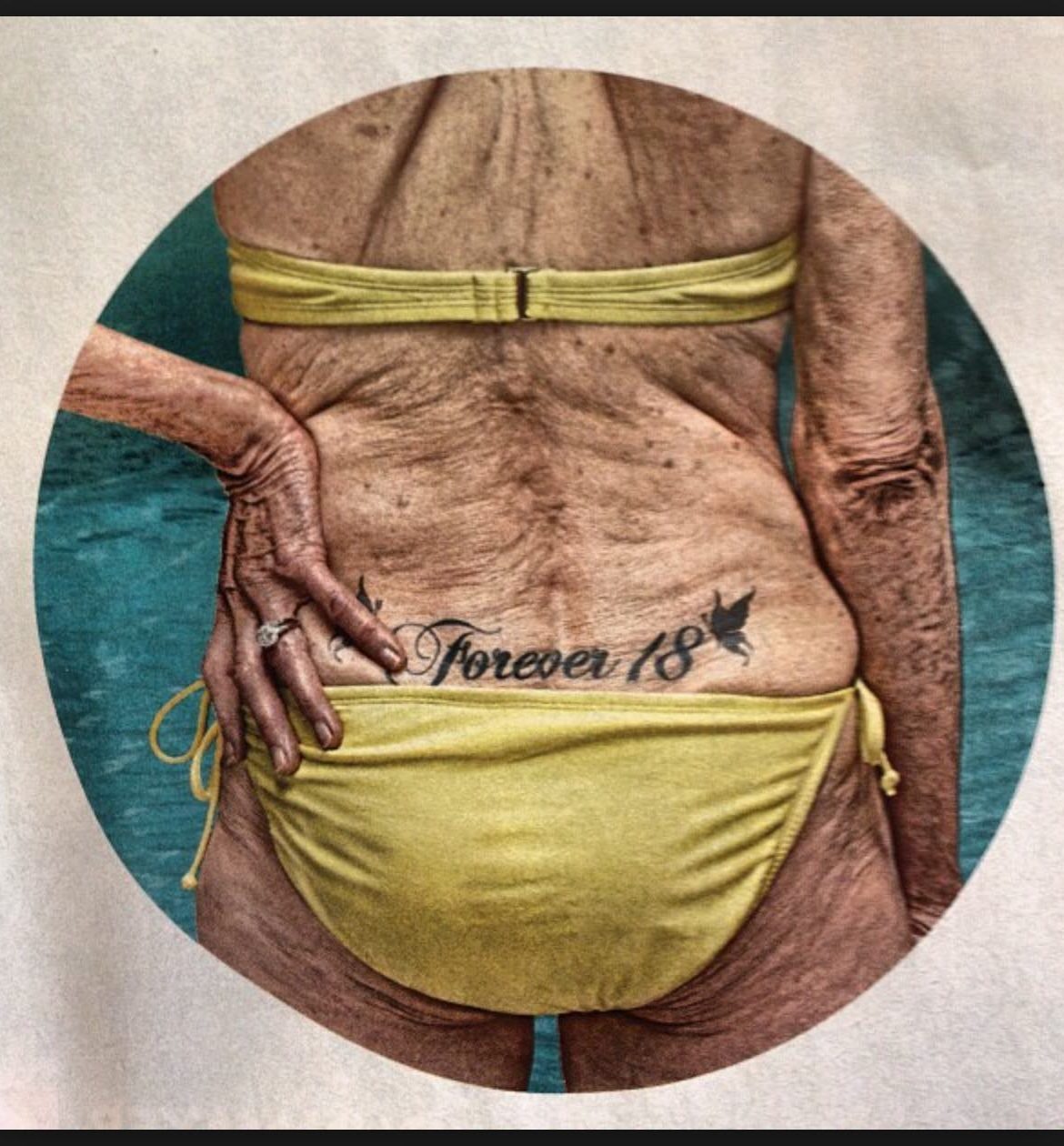 I’m not saying that no flags wave when a middle aged man suddenly takes up hair plugging, chest waxing and tribal tattoos.

I’m not saying it isn’t disturbing when people start collecting child brides and cubs . I have acquaintances in their 50’s who say it makes them feel younger to date women in their 20’s and 30’s. And I believe them; Because when they  paw at these little fountains of youth with their dry, sun damaged hands, and lean in for a kiss, it looks like they’re literally sucking the life right out of that bright eyed little bundle of wonder, optimism and hope. I wonder if they realize that when you stand next to somebody half your age, you look twice their’s. Even if your hand is on their ass.

And I’m not saying it isn’t somewhat alarming when you find out that one of your fave ladies, upon returning from a hallucinatory Ayahuascan rebirthing journey, has abruptly filed for divorce, denounced her adult children (not that I’d blame anybody for that) and thrown all her worldly possessions in a backyard Vedic sacrificial fire.

But… I researched some of the “symptoms” of Mid life Crisis, and the more it goes, the more I’m thinking it’s less of a crisis than it is a reality check.

Feeling a Need for Adventure and Change

You know what? After all the bills and other people and god only knows what else I invest in every day, I thought it was high time I spent some of my money on myself for a freaking change!

It was $24 freaking dollars and I am going to use it! It wasn’t impulsive, I’ll have you know that I’ve had my eye on that zuccinoodler for almost a year now,  so get off my back!

A Loss of Interest in Things That Used to be Important

Things that used to be of extreme and utmost importance to me over various stages of my life:

Which brand of cigarettes would make me look more grown-up, The Outsiders, how many people at school believe that I’m not a virgin,  Jem and the Holograms, skateboarding, marching passionately to legalize marijuana, these guys:

tequila shots, scrapbooking, aerobics, home births, cloth diapers, discovery toys, breastfeeding,  Alexander  Skarsgård and my bra size, which is only important to me again now because I find it fascinating the way breasts are able to completely deflate with age… camouflaging themselves as tired dog ears, pancakes or empty windsocks.

Concern about your health.

Okay so, maybe it’s weird but when just getting up out of bed in the morning hurts. And when all your friends start referring to their practitioners and ailments with the same attachment as they would have for a family member or an extra limb: “my rheumatologist, my dermatologist, my orthopaedic surgeon, my back, my knee, my arthritis, my fibro, my irritable bowel syndrome, my syphilis” etc…  And when you’ve had mammograms, cat scans, and ultrasounds and seen not one, but two very graphic live videos of the internal workings of your entire digestive system in the last year and a half, it’s hard not to get a little focused.

A preoccupation with death.

What can I say? The older you get, the more dead people you know.

A new desire to lose weight and get in shape.

Two of the many most common signs of aging are weight gain and muscle loss. First, when you get winded walking up the stairs to your apartment, it kind of makes you think. Also,  I used to be able to lose 5 pounds by not eating a 3rd piece of cheesecake for supper. Now, I gain 10 pounds just looking at it, and it takes 3 weeks of fasting to lose it again.

How come when a 30 year old decides to quit smoking cold turkey, nobody stages an intervention accusing him of making impulsive life changing decisions?

When a 20 year old decides to quit waitressing and go to school for interior design, does anybody worry that she’s having a quarter-life hormonal melt-down?

NO! They congratulate her on giving up her mindless dead-end job to pursue a sense of purpose.

When a 4 year old tells her parents that she wants to be a mermaid when she grows up, does anybody send her to get her thyroid tested and lecture her about practical life choices, social responsibility and pension plans? NO! They don’t! They tell her she can be anything she wants, if she puts her mind to it, and they throw her an Ariel themed birthday party and buy her a knitted tail, just like the one that my not-middle-aged daughter is wearing in this picture of her still keeping her hopes and dreams alive, because she’s allowed to for as long as she is still young and adorable, without being sent for a colonoscopy. 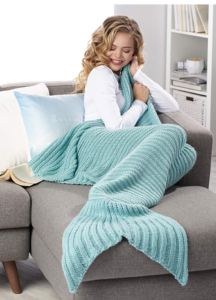 I guess what I’m trying to say is this. Maybe, just maybe, “middle-aged” people aren’t losing their shit. Maybe they’re just taking it back, while they still have time.

Maybe they’re just realizing that while their lives have potentially already been half lived, their dreams haven’t.

And maybe, now that many of them are no longer fertile breeding ground, they’re living life as though their value isn’t based on how many people want to have sex with them.

And maybe, they’ve finally allowed themselves to stop living for everyone else, and finally just start living.

Stay tuned, for my latest adventures in stand-up, improv, and recently performing on a stage that has been graced countless times by the creative genius of Amy Poehler, Matt Besser, Ian Roberts, and Matt Walsh, Kate McKinnon, Abbi Jacobson, Ilana Glazer and many more…

Because it was freaking amazing, and I’m going to write all about it, as soon as I get back from my Ayahuascan rebirthing journey.