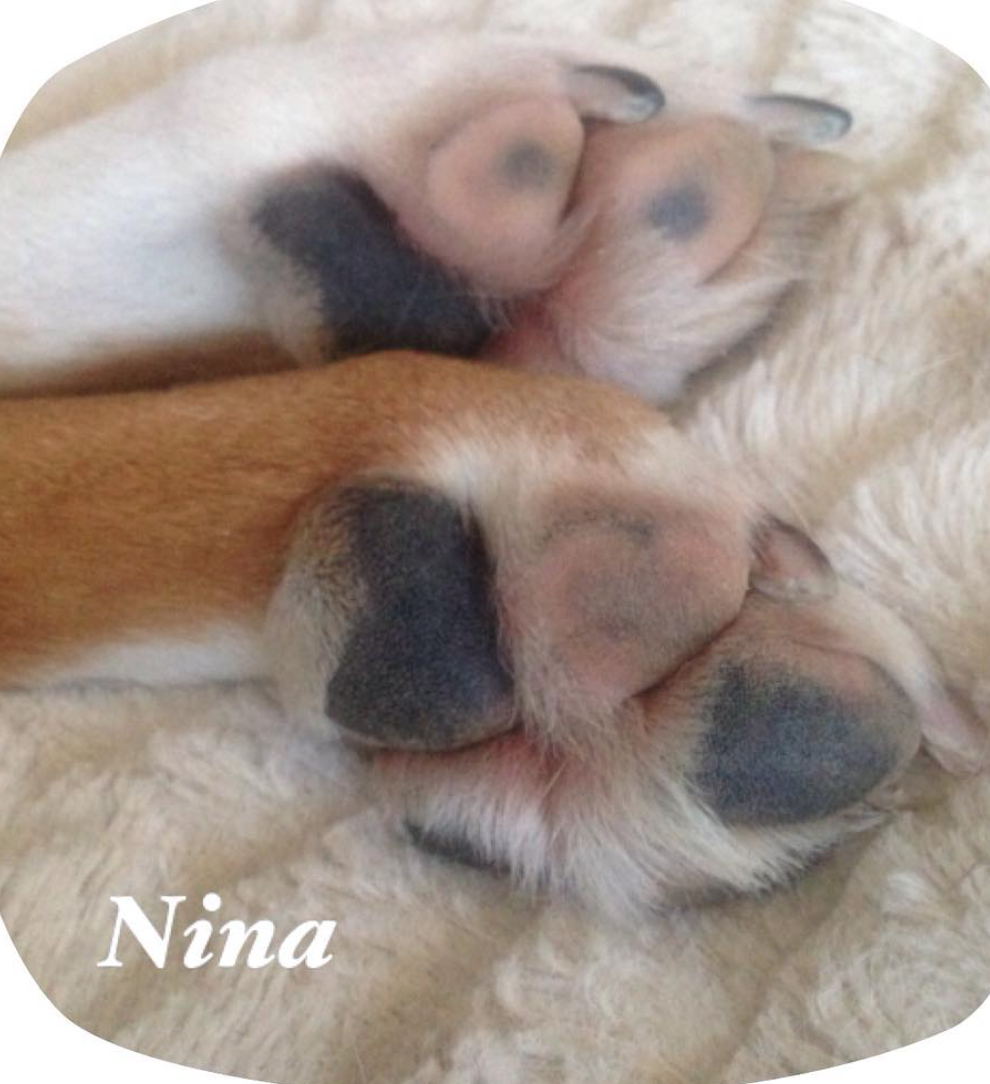 I haven’t written in so long! Where have I been?!?

So many places, mostly in my mind, but also in real life.

I have so many things to be thankful for these days, so many  blessings and so many thoughts and  amazing experiences to share with you, from stand-up and improv to boob paninis and adult diapers, and even from  New York to Paris!

I’m going to write about it all ( whether you like it or not) in so much detail that you’ll feel like you were right there with me, being hilarious, performing poorly but gratefully and humbly on world famous stages, having your breasts probed, peeing your pants and traveling the world.

But before I do, I send out this public plea for help.

You see, about a week or so before leaving for France we found out that our sweet bouncy boxer baby girl, Nina: 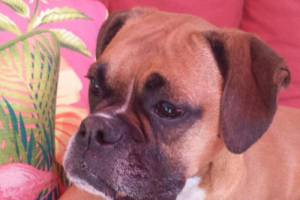 has a torn ACL and needs a surgery plus meds, follow-up visits and months of physio.

The timing couldn’t be much worse since our tickets were already paid for (mostly with air-miles) and non-refundable. I was too worried to board hop-along at a kennel and I have my sweet friend Miranda and her angelic daughter Ayanna to thank, a million times over, for stepping up and saving the day by moving in to our apartment and taking care of limpy while we were away.

I am a community worker so money is most certainly an object. Even with the *cough*  cheaper option.

I thought about forcing Nina to join an equal opportunity program and get job. I thought about just taping her leg to her side and making her one of those dog wheelbarrow things. I considered tying her permanently to a skateboard and just dragging her around by a string.

But I figure, after all the times she has tolerated me exploiting her in the name of art… 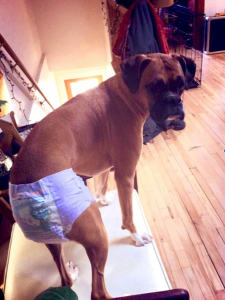 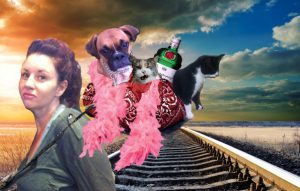 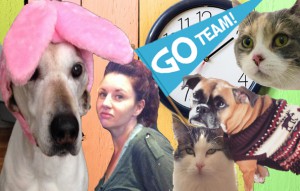 the least I could do was try to raise enough money to get her a damn surgery. So I’m going to do whatever I can. I’ll have garage sales (certain to be a thrill for shoppers who collect hand bags, burlesque costumes, pyjama pants, and fabric swatches)  and bake sales (certain to be a thrill for vegan gluten lovers) and cat sales. I’ll do odd jobs (only odd ones) for extra money. I also set up a GoFundMe account for her: Nina Needs A New Knee 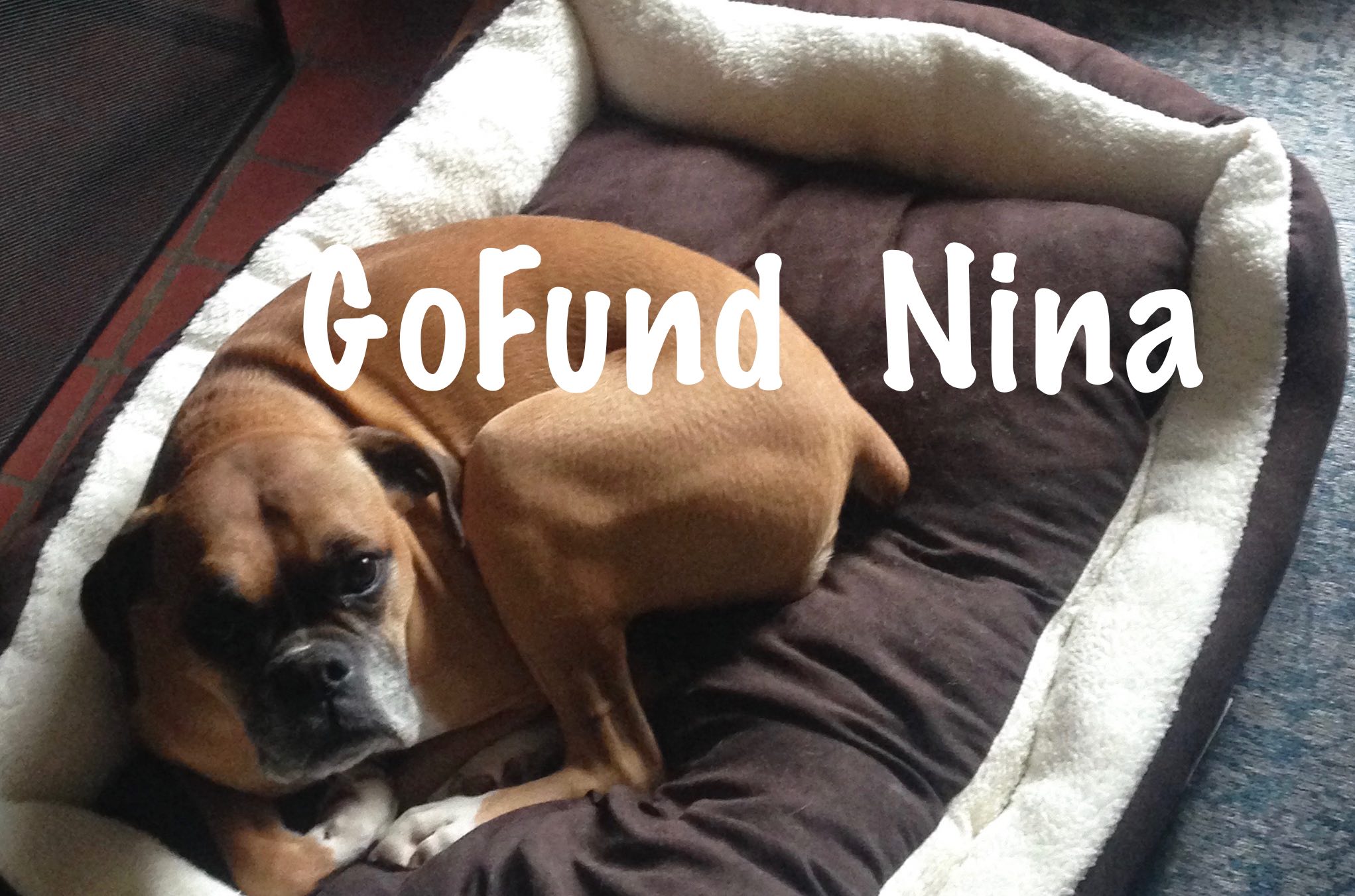 and a paypal donation button :

Our little bean is only 5 years old and has more than half of her bouncy boxer life still ahead of her but for now, isn’t allowed to run, jump or play, and she is in a tremendous amount of pain.