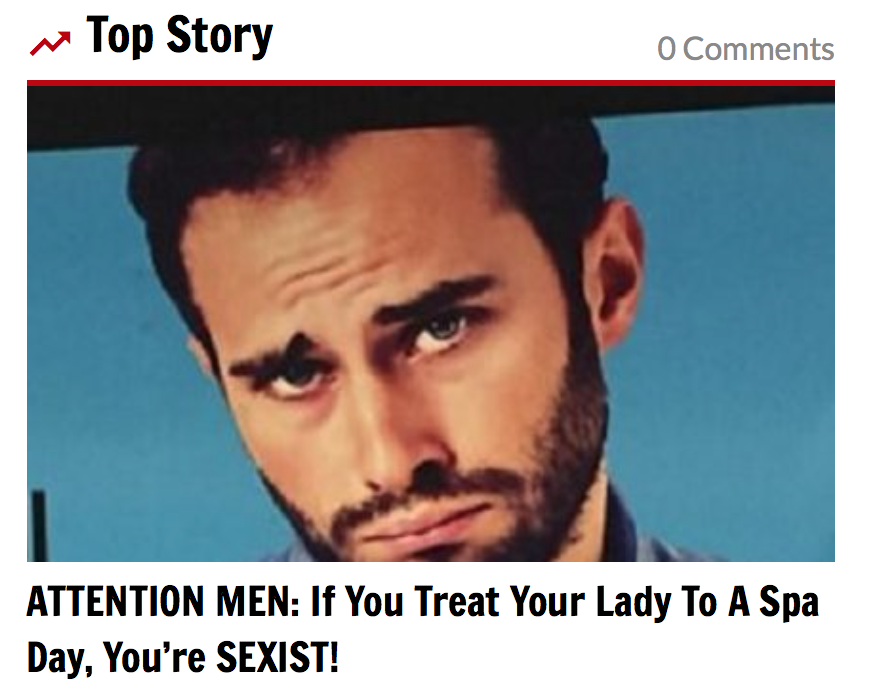 Posted on March 28, 2017March 28, 2017by adminin I do things so you won't have to, The awesomeness that is the inner workings of my somewhat disturbed and unarguably juvenile mindTags chicks on the right, fake news, I don't care where Ivanka sits, Jo should conquer her fear of yoga, suck it patriot

Jo was quietly running through her morning routine; drinking coffee, scrolling away on her phone, stalking chicks on the right, bombarding me with questions I can’t possibly answer.

“Are these actual people???” “Are people this stupid?” “Are these idiots for real??”

If they’re idiots there’s not much validity to what they’re saying, and if they make you so angry, maybe stop going on their page.

“Are they living in the dark ages?” “Who hates feminists? Feminists are just people who want equal rights! “

It sounds like it’s stressing you out, maybe you need to close that page and start the day doing  something more likely to make you feel good, like crosswords or yoga, or clubbing baby seals.

“What’s to hate about being treated like the equals that we are?? What kind of women hate women’s rights???!!!???? Narrow minded, homophobic, waspy conservative littl*&^#%#$#!!… grumble grumble grumble…”

I’ve tried to brush it off, deflect, distract her with latte art,  cat videos, and topless tap dancing, but she’s relentless.

After weeks of protesting, I finally conceded and went to their site to see what it was about. I started with their mission

“Not all conservatives listen to country music and pack heat. Not all of us have rebel flags in the back of our Ford F150s”

Most of the conservatives I know are rich business owners and probably don’t listen to a lot of country music, pack heat or own a Ford anything, much less have rebel flags to wave from the back of them. So sure, fair enough.

Great! I too appreciate traditional family values (Honesty, commitment,  compassion for those in need, spending time together as a family, but also pursuing individual interests, not killing anybody you live with – even if they keep leaving the toilet paper roll in the bathroom empty, treating everyone equally, regardless of ethnicity, race, religion, or sexual orientation etc…) and dirty jokes, even though I first accidentally  wrote traditional family jokes and dirty values.

“We like men who hold the door open for us, and don’t FLIP THE FREAK OUT if they sneak a peek as we’re walking by.”

Okay, I think people (in general) opening the door for other people is the polite thing to do and I’m a bit confused at who the all caps FLIP THE FREAK OUT is for, unless that’s a jab at women who don’t appreciate being ogled and objectified, which is kind of aggressive and weird.

“We embrace our own feminism, and leave the bra-burning and hairy armpits to the Gloria Steinem-ites.”

Okay, so here’s where you started to lose me chicks, because you now seem to have officially left your own mission statement behind and launched into a an anti-I’m-not-sure-who-exactly rant. There are conservatives who don’t wear bras, and liberals and democrats who do, and plenty of die hard feminist butch card-carrying lesbians who can’t stand armpit hair. So… I’m not saying I won’t keep poking around your site to try and understand where you’re coming from but I am saying that you’re losing credibility, and quickly.

“We believe that America is not only just exceptional, but that it is simply the most kickass country that ever existed.”

Have you traveled anywhere? Ever?

Here’ a few quick stats for you:

I’m just saying… Or  there’s this one:

The full list of the top 40 educational systems in the world:

I mean… The United States of America is  on the lists and is home to the Statue of Liberty, Wild Ginger PanAsian Cafe, AND the  Puget Sound Goat Rescue, so it can’t be the worst country in the world but… “most kickass”?

Oh I know, I know it’s probably all fake news, and if we ask Donald Trump he’ll tell us that we have the most  highly respected education system in the world, only to get even more tremendous with Besty-can’t-spell-to-save-her-life DeVos in office, and that the medical system will be A+ Number 1 as soon as he’s done obliterating both *cough*  Obamacare  AND The Affordable Healthcare Act,  and that while the US isn’t necessarily the richest country in the world, he is the richest person blah blah fake news, and more fake news…

Despite you losing pretty much all credibility with me, during your opening statement, I read on. I gave you the benefit of the doubt.

I might not have a very conservative perspective on life, what with my having, in the past,  lived a rollercoaster of lifetimes leading up to this day, as a single mother living well below the poverty line, a non-heterosexual, a burlesque performer and a (god forbid) feminist.

But I am also community mobilization worker, an open minded person, and a human with a heart and a soul.

Also, I appreciate tradition, white picket fences, and a healthy dose of self-righteousness, so I read on…

And when I did, I found genius, eye opening, breaking-news articles like these:

Oh! And these gems:

And then I made the mistake of actually not only clicking on a link, but reading the article and, even worse, the idiot comments left by a the swarm of ignorant trolls who honestly I would be embarrassed to have supporting my blog because…

And I tried to stop, I did, I swear but… 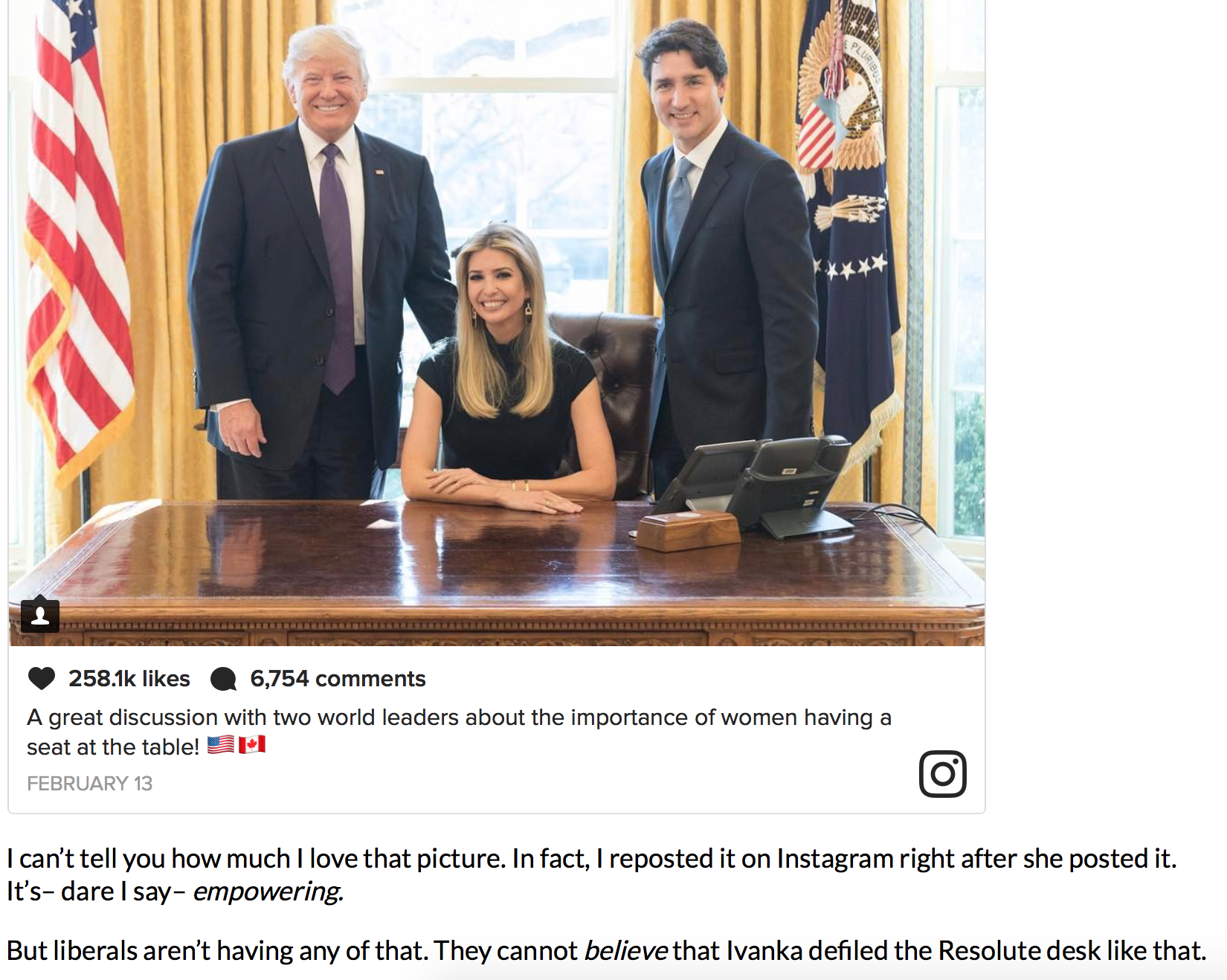 I must have caught whatever Jo has because not only did I start getting annoyed, but I found myself working hard to refrain from responding… until I couldn’t anymore,  then suddenly…No Jen don’t do it noooooo!! I know, I don’t even know, but I can’t… I just… oops. 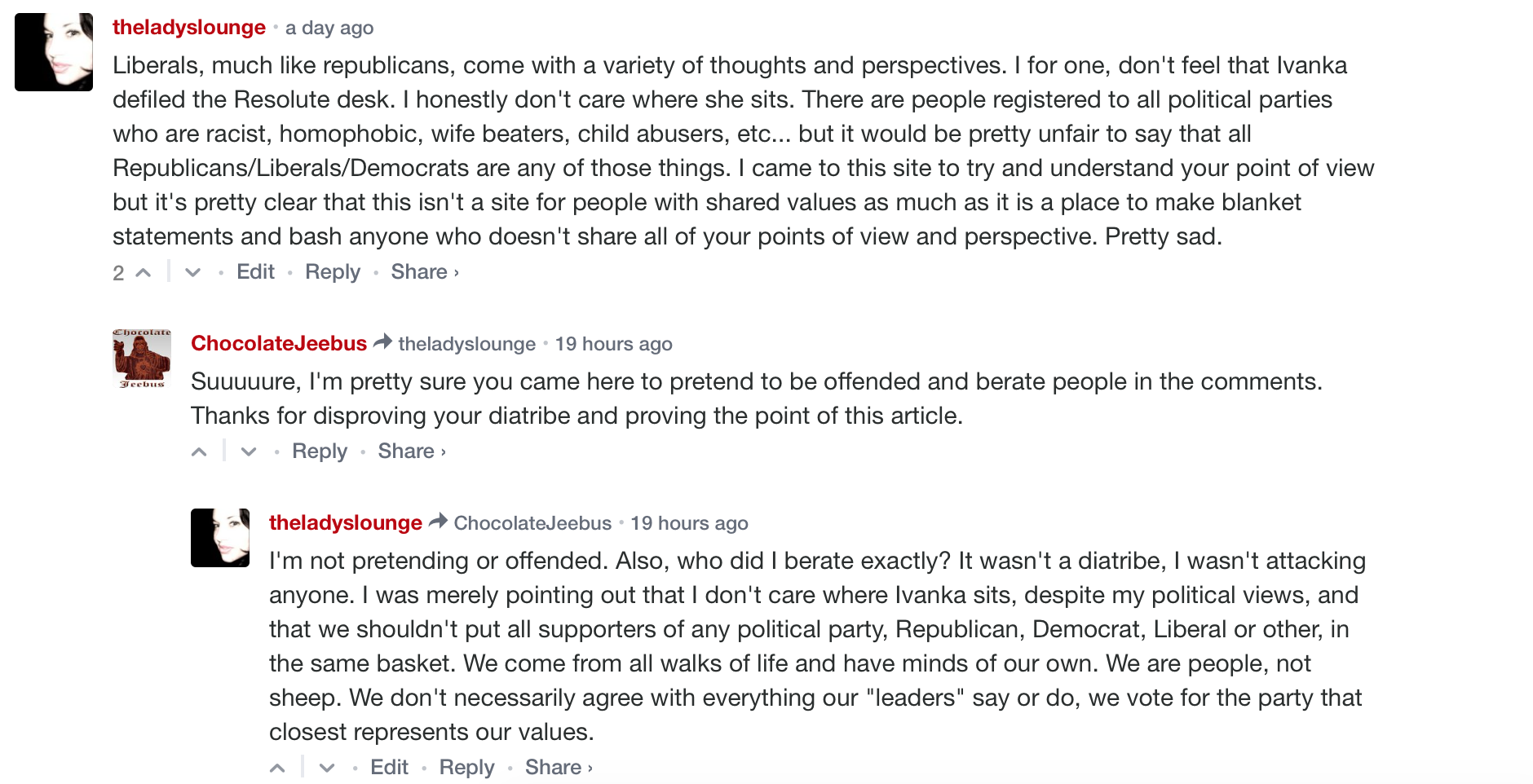 And that’s when it happened:

Unlike Chicks on the Right…