Posted on February 9, 2017February 18, 2017by adminin I do things so you won't have to, The awesomeness that is the inner workings of my somewhat disturbed and unarguably juvenile mindTags domestic rebellion, Super Bowl carnage, your turn to cook

“I miss cooking” she said.

“You do all the cooking around here, I feel like I never cook” she said.

I didn’t mind planning the menu. I have been wanting to make vegan buffalo wings for years.

I love making Nachos, and chilli, jalapeño poppers, and oh so very many other tasty Super Bowl snacks.

Admittedly,  I haven’t found the perfect Super Bowl dessert yet, and find it weird that when I search the subject; I mostly come up with football shaped cakes and a plethora of various bars and brownies because honestly, who eats cakes and lemon squares after stuffing themselves silly with chilli dogs and kraut?

“Is that all the coriander you’re putting in the guacamole?” She asked, disapprovingly.

“What?” I asked, “you’d like to make the guacamole? Is that what you said? Oh yeah, you were going to start cooking again and look at me, hogging all the recipes. I’ll just leave the avocados here for you.”

I made a cup of  tea, and sat on the couch to enjoy the fire in the fireplace.

I flew off the sofa, knocking  my  tea all over the coffee table, and ran down the hall.

No wait.. grab towel, wrap around her bloody hand and elevate. Then find finger before dog or cats do. Grab ziplock. Fill ziplock with ice. Place finger in ice-filled ziplock

“Show me your hand please. I need to see your hand”

She unfolded the towel slowly, cringing and turning her head away, eyes diverted from the horror that was what was left of her trembling hand.

Her finger was entirely intact, with a 1/2 centimetre cut across her pinky finger.

I’ll grant her this, the cut was deep, and could have used a stitch, and I’m sure it scared her when she felt the knife slip past the avocado pit and into her hand, but I’m not sure it warranted the howling, and false promise of amputated limbs.

I called thing 2, “Pumpkin, can you come babysit the fire in the fireplace? I need to take Jo to the hospital to…”

“Ooooh.. mom, no sorry. My boyfriend doesn’t have his keys and…”

and from the next room

“Ohh God! Oh God, why?? I see chefs on the cooking channel do it all the time…”

I grabbed car keys, escorted my invalid to the vehicle and tucked her in.

“Do you think you could do up your seatbelt honey?”

“I can’t, every time I let go of my hand, blood spurts EVERYWHERE…”

“You don’t need to hold your hand over your head. It’s over the heart, not over the head” 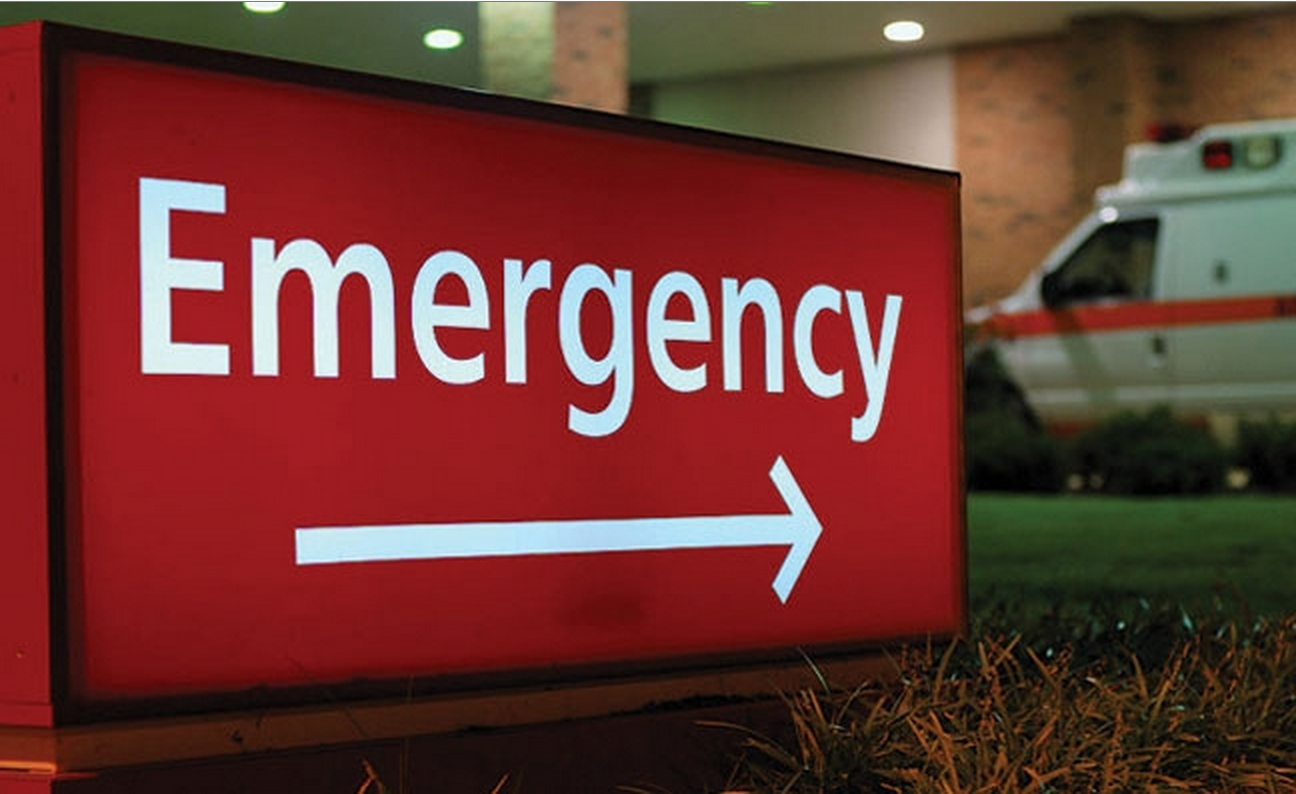 “Sweetie, we have a fire going in the fireplace, I can’t leave it unattended. They’re just going to give you a tetanus shot and a stitch. You’ve left me alone at emergency a few times now, and look at me. I’m fine.”

“Your finger wasn’t falling off!”

“Neither is yours. Call me when you need me to come pick you up.”

When I got home, I rolled up my sleeves, prepared to clean-up the crime scene but found not even so much as a drop of blood anywhere in our house. I searched high and low but found no evidence whatsoever of the carnage that allegedly ensued after Jo’s culinary attempt. I did however, come across her phone, on the coffee table, so I called the hospital.

“Yes, hello. I just dropped my girlfriend off at the ER with a cut finger and…”

“Could you make sure she has my phone number so she can call me when she needs to be picked up?”

About an hour later, I was crushing garlic, mincing cilantro, and watching the cats bat an avocado pit back and forth across the kitchen floor,when my phone rang:

“No. They gave me a tetanus shot and I’m bored of waiting. Come get me.”

I would have just left her there but she didn’t have a jacket with her and I knew that if I left her there she’d probably walk home, and then I’d have to nurse her invisible hypothermia as well as her imaginary amputated finger. And the tetanus shot, well that in itself is gold…

In the dark of the quiet night, neighbours throughout the land knew, every time she rolled over in the bed, or shifted, or breathed really…

The good news is, that her finger is intact, and she was home in time to watch the Super Bowl, and eat nachos, guacamole, and vegan buffalo wings.

The other good news is that she also apparently has post traumatic stress syndrome and won’t be attempting to cook again anytime soon.

But seriously, what do people eat for Super Bowl dessert? Anyone?