Posted on January 29, 2017January 29, 2017by adminin The awesomeness that is the inner workings of my somewhat disturbed and unarguably juvenile mindTags causes for divorce, Donald Trump, inauguration day crafts, leaving the baby on the roof of the car, leaving the cap off the toothpaste, leaving the lights on

I’ve heard rumours of marriages being dissolved over some of the dumbest things, like leaving the cap off the toothpaste or  leaving the lights on when leaving the room, forgetting the baby on the roof of the car etc…

I don’t know who these people are married to but honestly, if they walked a day in my shoes…

I don’t know why or how this makes sense in her head, but for some reason, she can take it off the roller, and she can set it down on the counter, but she just can’t seem to bring it with her into the kitchen and throw it in the recycling bin.

Obviously, after the two (or three) millionth time that I walked into the bathroom and saw this: 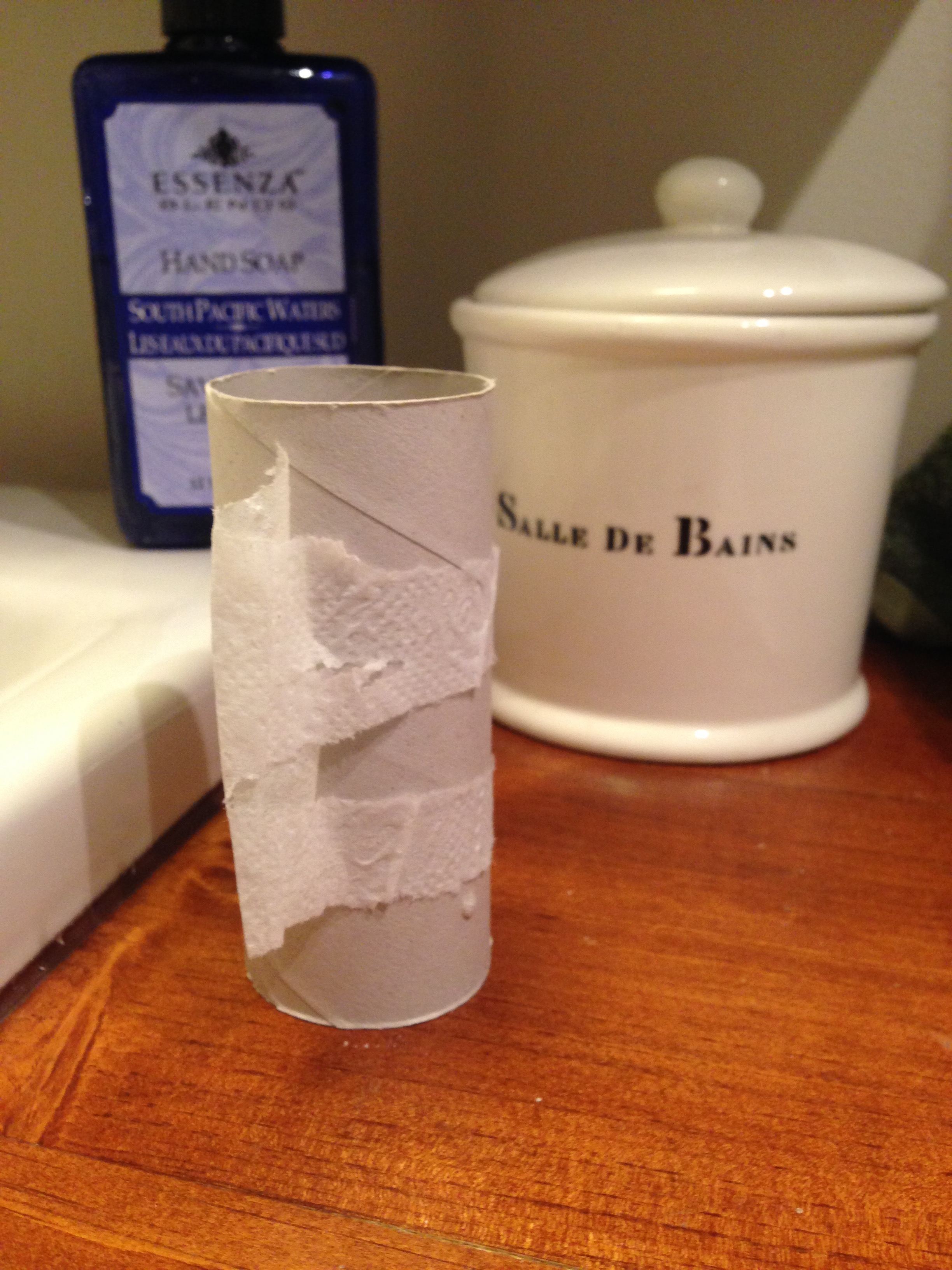 I announced that I was leaving her. To myself. In my head. And as I pulled up craigslist apartment searches in my browser, something occurred to me. Maybe I was giving up too soon. Maybe I wasn’t approaching the problem creatively enough. Maybe she’s more of a visual or kinesthetic learner, than an auditory one.

So I decided to try something different.  Every time I would find the lone empty roll on the bathroom counter, I would put it somewhere of hers, where she would see it. I’d put it on her dresser, in her underwear drawer, her coat pocket, her mitten etc…

And she found them every time. She even named them “the elephant” and she understood, without my having to explain.

I hid it in her box of cookies, in her luggage for our trip to Provincetown, and even in her wallet

“I’m on a business trip Jen! I’m in Toronto! I just almost tried to pay for my taxi with a toilet paper roll!”

And she started retaliating. I’d find him on my pillow or in my shoe. I’d pull out my boxing gloves, and the elephant would fall out onto the floor, in front of my trainer and everyone else at the gym.

She understood my point but clearly thought this was a game, so I did what any frustrated out-of-their-mind-with-desperation person would do.

I did what made sense to me. I made it personal. I drew a face on him.

And she did what made sense to her. She gave him to me as a stocking stuffer for Christmas. 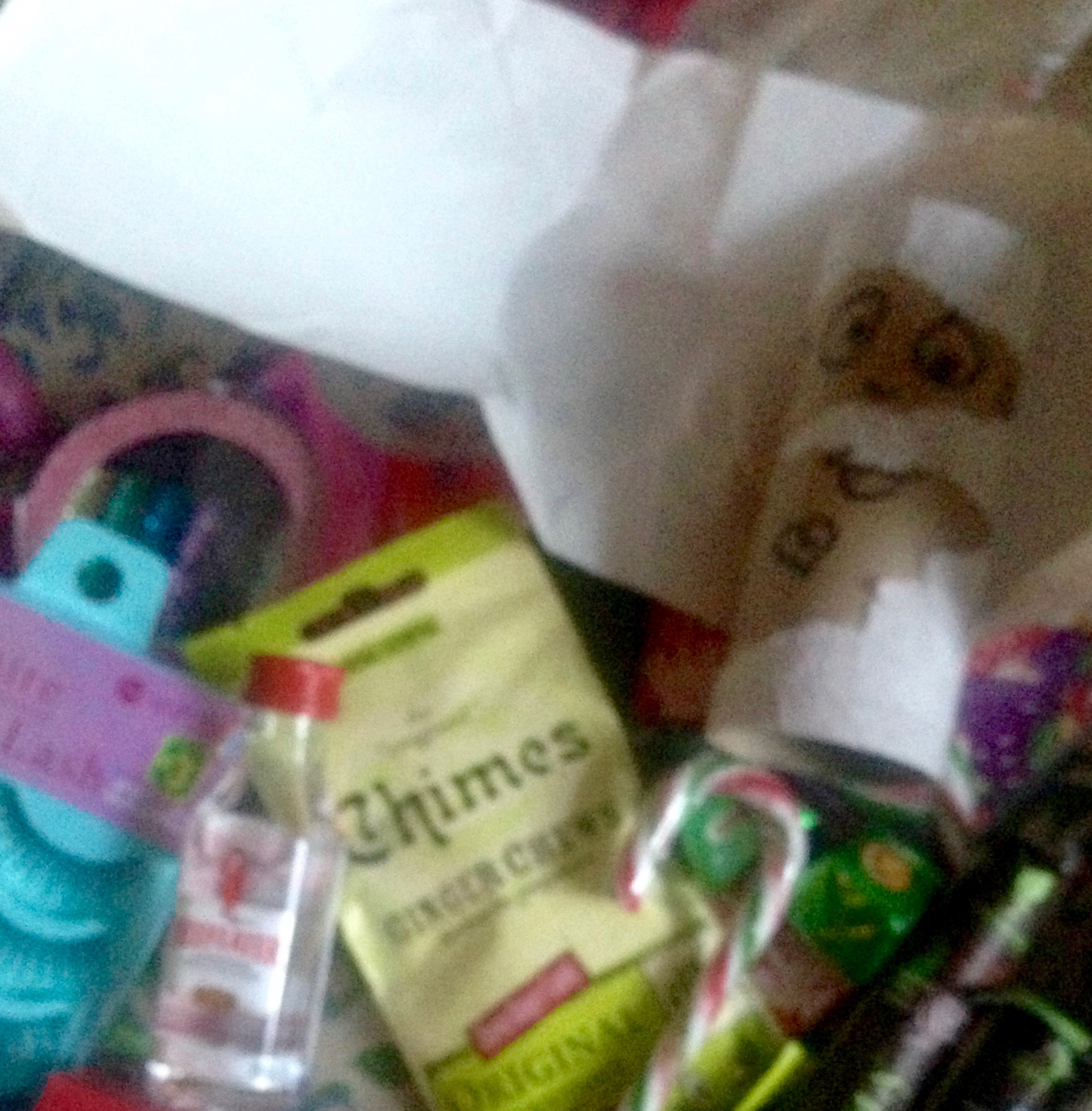 I was racking my brain, pulling my hair out, packing my bags and filling out a forwarding address card for Canada Post when it came to me.

And that is when, I turned the elephant… into Donald Trump. 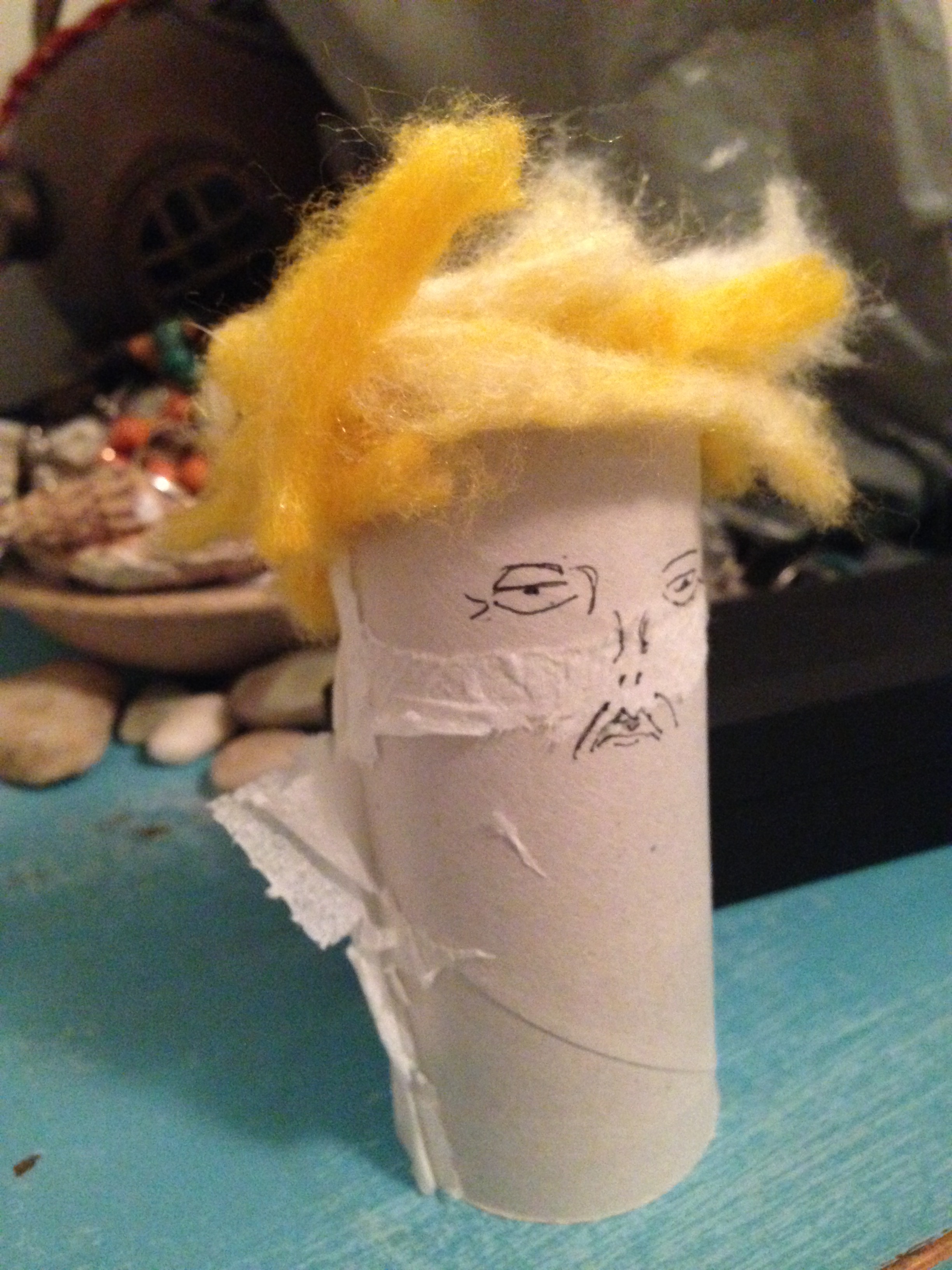 In fact, I even did it on Inauguration day, for added effect. And guess what! She hasn’t touched him. He’s been sitting there lifelessly on her dresser ever since. At first I thought it was because she couldn’t bring herself to discard my genius work of art, but then it occurred to me that he probably terrifies her as much in toilet paper roll form, as he does in real life.

She’s too scared to touch him I thought. This is it. The war against empty rolls is over. Our relationship has been saved!  And not soon enough. I celebrated, I rejoiced and I thanked the higher powers that be,

I knew I couldn’t leave her over this.

We have too long a history, too strong a bond. We have pets in common and too much crap to sort, divide and pack. And too many secrets shared, that I couldn’t let her walk away with. I’d have to kill her and honestly, that’s just so laborious and messy.

It was a long journey and a true test of patience but the rolls aren’t being left on the counter anymore. 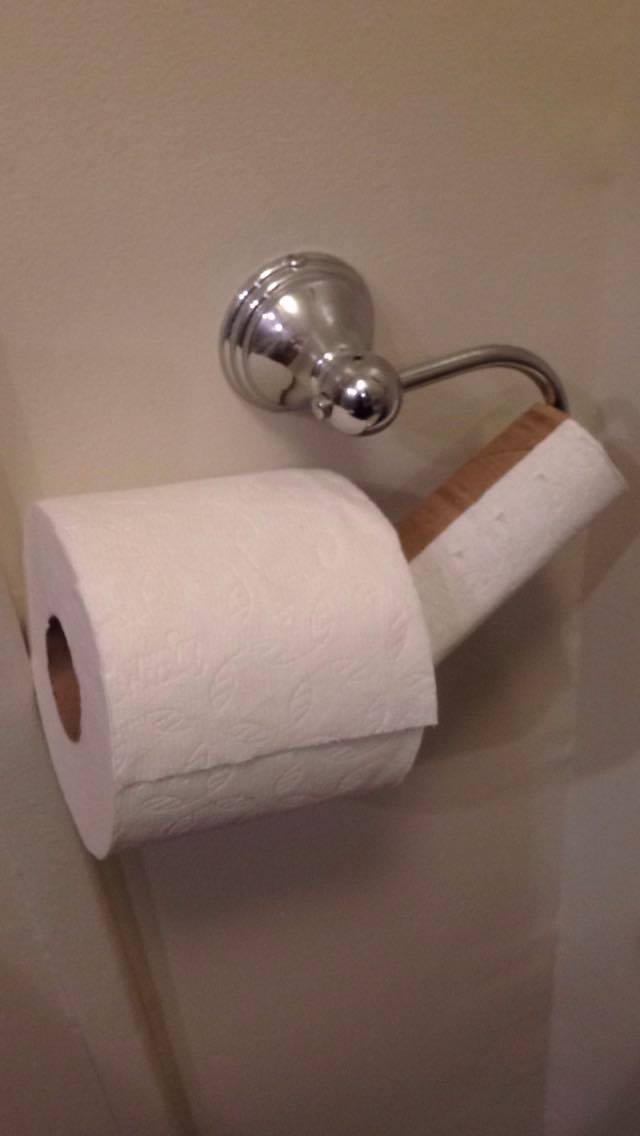 I may need help burying a body.