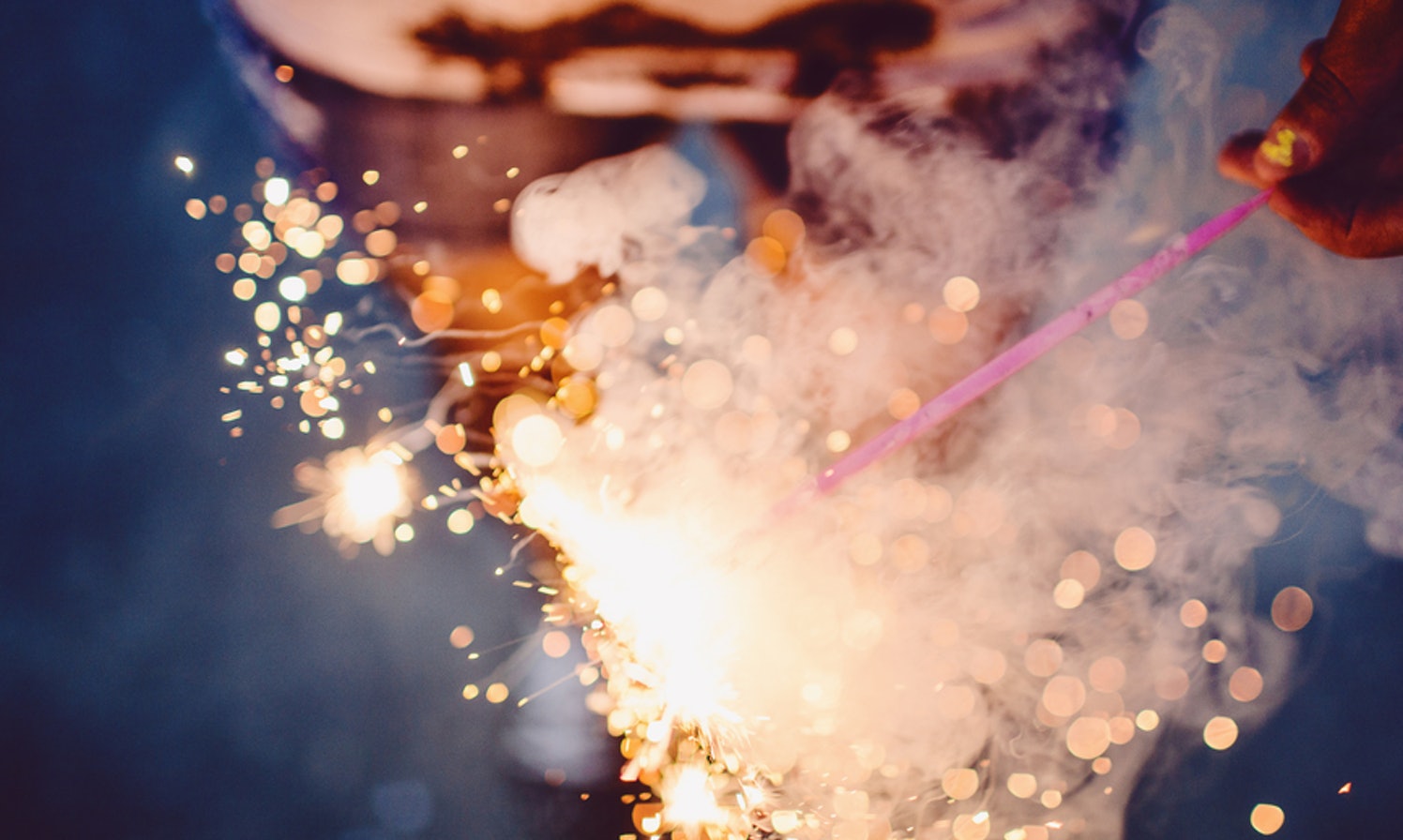 Posted on January 1, 2018December 25, 2018by adminin I do things so you won't have to, Resolutions, The awesomeness that is the inner workings of my somewhat disturbed and unarguably juvenile mindTags new year 2018, New year resolutions, new years resolutions, trump piñata

In my extensive (10 minute) research (perusal of the internet) in preparation (procrastination) of writing this post, I came to learn that I am not the only one (you know how much I hate to not be the only one who anythings… unless its perfectly natural but unpleasant things that nobody wants to be the only one doing; like being the only one who eats 10 cookies in one sitting, or being the only one who gets emotional watching strangers dance, or pees their pants a little bit when they laugh too hard, or  is convinced they’re going bald, or experiences occasional orgasm induced weeping or…) who has New Year superstitions!!

In fact there are a handful of renown traditions and superstitions related to the blessed first day of each year. Did you know that? I did not.

For example, it is apparently considered good luck for the first person to cross your threshold (you have to let him/her in; he/she shouldn’t use a key to let themselves in) to be a tall, good looking, dark haired non-resident of said house. Some people go as far as to say that this tall dark and handsome should absolutely not have flat feet, crossed or lazy eyes or a unibrow. So definitely not this guy: 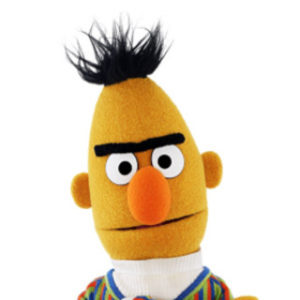 AND they should come bearing coins, bread, salt, coal, evergreen, and/or a drink (usually whisky).

I’m just going to throw this out there for any potential 2018 first footers at our house, never mind the bread*, trees or coal.

Whoever made this rule up clearly doesn’t live in Montreal where it drops to -35 degrees celsius on a sunny afternoon, and anything you leave in the car overnight will be a ghostly nebula by morning.

But in the spirit of tradition, maybe still don’t get drunk enough to accidentally bring home anybody you might potentially want to throw out in the morning because no sex is worth a whole year of bad luck. No it isn’t. Nope, shut up. NO it isn’t. Your’e not 16 years old be quiet.

Unless of course you’re Italian, in which case not only are you allowed to take things out of the house on the first day of the year, you’re encouraged to do so by tossing them out of the windows! This is done more specifically with old crappy things, to make room for the new and lucky to enter their households and lives in the year to come.

I’ve just realized now as I write this that although they are (not Italian) Greek,  that must be what my upstairs neighbours are doing all year round. It used to anger me, but  now that I understand why they’re doing it, I have a new respect for all the filthy mop water and bits of broom crap that rains down onto my balcony, my freshly washed laundry on the line, and my vegetable garden every weekend.

Another superstition, as it turns out,  is that washing your hair, laundry or dishes is a big no-no on New Years day, as it symbolizes washing away luck.

I did know however, that some people believe that whatever you are doing at the stroke of midnight (and for some, even for the first entire hour of the year), symbolizes or indicates how the rest of the year will unfold for you.

In the early 90’s, my future baby-daddy called me from a bar in Northern B.C., just a few minutes before midnight, New Years Eve.

“Whatever you’re doing on New Years Eve, especially at the stroke of midnight, is a sign of how the coming year will be. So stay on the phone!” he yelled over the noise of the crowded bar full of rednecks.

“I LOVE YOU!!!!” Leif shouted, while everyone else yelled happy new year. And then he yelled some other inaudible drunk stuff, banged the phone around and disappeared before the line went dead.

I felt warm and fuzzy inside, Julia and I went in the back yard and banged pots and pans and yelled Happy New Year at all the neighbours and then went to bed feeling blessed and assured that the year to come would be the best one yet.

While I presume the phone call was intended to insure that Leif and I spend the upcoming year showing and feeling each other’s love, it really was more of an indication of how much time I’d be spending at home while he was out drinking.

And while I know and understand (at least in theory) that midnight conversation from Vancouver to Fort St. James wasn’t really what determined how the next 12 months would evolve, so much as the fact that we were still kids in our very early 20s, each year since I’ve grown increasingly superstitious.

Usually on New Years Eve, I spend the day, and often the evening doing writing exercises, building lists and setting resolutions and scheduling tasks in my agenda for the year to come.

If I’m home alone, and still awake, I’m usually painting or drawing or recording music at the stroke of midnight, so as to insure that the year to come will be a creatively inspired one.

It’s rare that I’m out partying, because I’m an early riser and resent any occasion that keeps me away from my pyjamas after 10pm, and also I look more forward to waking up to a renewed sense of optimism and hope for the year to come, than I do to waking up exhausted, nursing a hangover and fighting the urge to throw-up.

I make sure that by midnight, the dishes are done, the fridge is clean, my legs are shaved, my nails are painted and my eyebrows are plucked and whatever I’m wearing is something I love – especially the socks and underwear. Like the new year is my lover coming for a surprise midnight booty call that I was secretly anticipating.

My other superstition  – I have no idea where this one came from – is that while I know Christmas technically lasts until January 6th, I’ve always had a crippling anxiety about having the Christmas tree still up on New Years Day. I’ve taken it down religiously by New Years Eve, for fear of dragging last year into the next with me. I know that in theory this changes nothing about the outcome of the upcoming year, but it sends me into a panic just the same. Look, some of us avoid stepping on cracks, others throw salt in the air, or flush the toilet ever hour on the hour. Some of us take down the Christmas tree before January 1st.

I plan to include, invite and keep you all posted on all of the above events, and I expect you to feign interest, fake support and encourage, at least half heartedly, every step of the way.

And I realize that I have only accomplished  numbers: 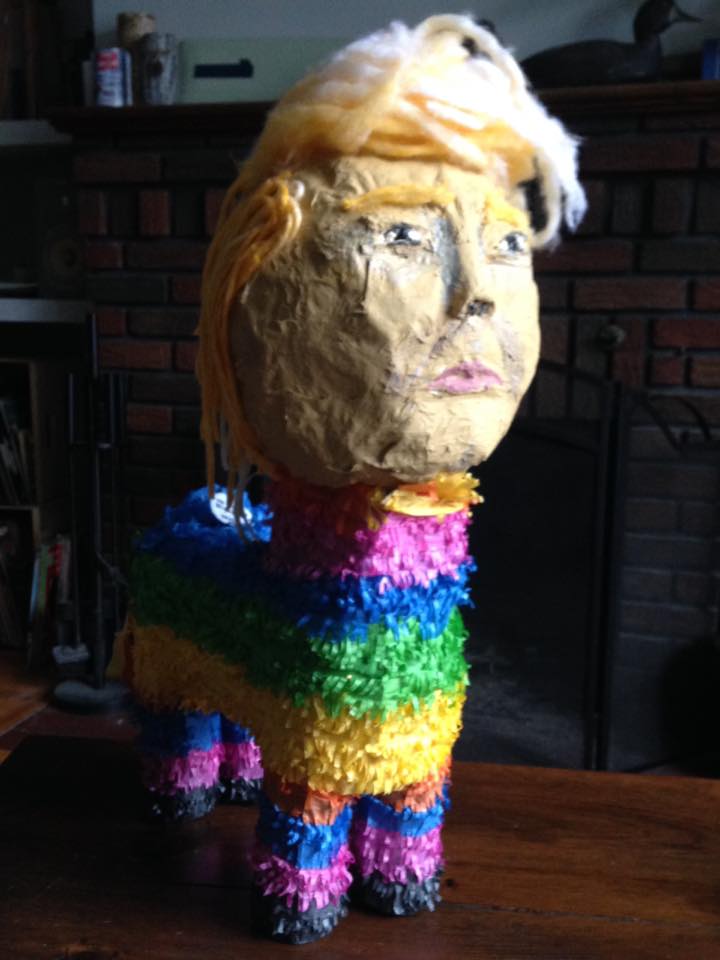 8. Start going to a group or a club or a circle of some sort. (I’ve joined a group that makes stuff out of pointy things, and have since knitted my first scarf to completion and inflicted it on Thing 2 as a Christmas present.)

9. Stop beginning  each and every morning by twitter-begging Donald Trump to impeach himself. (I’ve cut back to once a month)

So I am going to have to recycle my resolutions this year and start back at petting stinky animals, inviting all of Facebook to a movie this week, and hosting an Oscars party at my house March 4, 2018.

Some foods you’re apparently supposed to eat on New Years Day to bring good luck in the year to come: