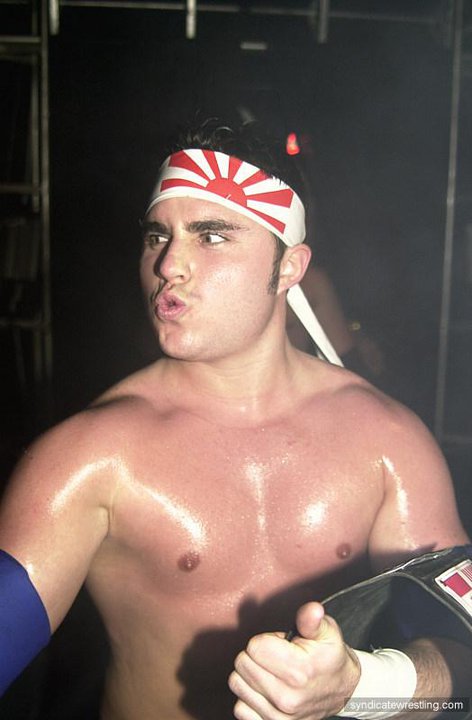 Posted on May 1, 2011December 1, 2016by adminin The awesomeness that is the inner workings of my somewhat disturbed and unarguably juvenile mindTags crossing the american border, drug sniffing dogs, Explosives, Heroin, Nut Meats, Shane Mathews, train to new york

This is a stream of conscious writing  ramble on the train.

Driving takes about 6 or 7 hours depending on where in New York you’re going but the stress of traffic can be exhausting and paying for parking in New York city is almost as expensive as a hotel room so not at all worth it.

Flying costs a fortune for such a short trip.

The bus is uncomfortable and it stops in every town and suburb and sub-suburb between Montreal and Manhattan.

Taking the train, there is no traffic to worry about. You can doze on and off, read a book, flirt with strangers and nap some more.

The trip is 11 hours (in theory) long but so much more spacious and scenic a voyage and, not to mention, so much more relaxing.

If more relaxing in your world includes being herded like cattle up and down the isles of the cars while marijuana sniffing dogs crawl up and down your luggage for an hour.

They even sniff the toilets. My dog would LOVE that job so much. The poor thing gets bullied out of the bathroom all the time. Mostly by the cats but still.

I should stop handing out consequences for leaving the toilet seat up, let the dog help herself, and give her the respect she deserves by calling her a professional.

I found the search dogs cute but hate going through customs in general. There is something about being right on the state line while being asked your birthday and address, that messes with my memory and reignites childhood stuttering tendencies.

I walk/drive/pull up to the border and instantly feel like I’ve done something bad, intend to do something worse and have something terribly illegal hidden in my pants.

Like heroin, explosives or nut meats. It’s a little stressful.

Also, what if I was fatally allergic to dog dander or saliva or whatever?

Whatever. I’m a little oversensitive today. Yesterday, while throwing in last minute laundry and packing half my house for a 3 day trip, I found out that my grandmother passed away. So I might be doing less shoe shopping and more funeral attending.

So this morning the girls insisted on seeing me off at the train which was so sweet and so clearly an excuse to be late for school – but hey, I’ll take it where I can get it. My oldest works at the café upstairs from Central Station so we popped in for a quick visit and by visit I mean to point, laugh and get free stuff.

When we got to my gate the other passengers were almost finished boarding so I panicked. I blurted BYE! BE GOOD! and jumped on the escalator to the train.
The minute my foot hit the first step i realized that I hadn’t kissed hugged or declared my eternal love to the fruit of my womb and burst into tears. Yep. Real live tears.

“Tina, I know it sounds stupid but when my girls get to school can you tell them that I love them and…”

a moment to clear my throat and wipe away a tear.

“Just tell them I love them. Please.”

“Will they be in tomorrow?”

“They’d better be or I’ll kill them. Thanks Tina.”

Honestly, it’s a wonder youth protection hasn’t come on account of the neglect those poor kids are subjected to.

My travel companion of the day is Mathew. He is going to New Jersey to visit his much younger girlfriend.

Because I like to be best friends with the strangers that destiny decides to place in the seat beside me when I voyage.

That’s a lie. Usually I keep my headphones on whether they are attached to anything or not. La la la.. I can’t hear you. Usually that doesn’t deter the super annoying people who you’re avoiding and they start waving, poking and miming at you anyway.

I make it a point to act really put out and sigh heavily every time I dramatically snap the headphone away from my ear like LOOK HOW MUCH YOU’RE PUTTING ME OUT EVERY SINGLE TIME YOU TALK TO ME but they don’t care. Do they? No!

So I’ve taken up dark sunglasses and carrying a white tension rod with me wherever I go.

But Matthew is sweet, about 10 years too young for me, mostly sleeps and laughs out loud at his book, which I find kind of adorable. He dresses kind of like a jock but he’s reading Valley Of The Dolls so….

What is relaxing about taking the train is the booze.

The rolling rivers, the mossy hills, the endless acres of untouched forest, inhabited by a plethora of wild life. From bunnies and deer to coyotes and rusty overturned kitchen appliances and…

News flash! Turns out Matthew is a semi-professional wrestler as well. I didn’t laugh out loud though because he’s cute and also because he reminds me of my uncle Bob and also because some of my friends are wrestlers and I like to appear supportive.

I’m totally lying right now. I did laugh. Everything else I said is true.

It’s only 2:31 pm. I just ate the most expensive lettuce I’ve ever met. The sun is shining. There’s still time for several naps. Still a fan of the train.

P.S. Reading Eat Pray Love and forgot to buy a Hustler magazine at the dep to hide the cover with. Strategically stretching pages around to hide the title in case Matthew hasn’t made me out as a housewife yet. Hoping casual mention of my burlesque career and having a DJ as a boyfriend buys me some cred in the wresting world.