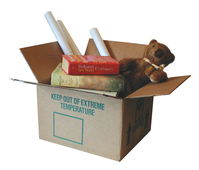 Posted on August 26, 2010July 15, 2016by adminin I do things so you won't have to, The awesomeness that is the inner workings of my somewhat disturbed and unarguably juvenile mindTags Mexican Mafia, moving day, Nancy Botwin, Nathalie Newman, Randy Newman, Weeds

Not that I think my life is a T.V. show or anything but…

After 2 24 hour days straight of packing the hell out of my house because I can’t deal with the on going harassment of my landlords a minute longer, I shower, make some tea and curl up on the couch to finally watch Monday night’s episode of Weeds.

During this week’s show, Mama packs up her kids because the middle child had brutally murdered (or clubbed to death with a croquet mallet) a crazy Mexican mafia crime boss lady.

Basically, the whole family, much like my own, had to give up their entire lives, friends, identities etc… to start afresh and begin their new lives, secretly running from Mama’s crazed baby-daddy and his entire mob of muscle (and guns) and, of course, the FBI.

All of this is so eerily similar to us moving all of our stuff into storage and then staying with friends and family or whoever will have us (any takers?) for the next week or two while renovations on the new place are finished OR the co-op of our dreams calls with a deal we can’t refuse. With the exception of the  Newmans not having a dog, a cat and a Siamese fighting fish in tow of course but then we also don’t have the totally irresponsible and a bit too skinny yet strangely sexy uncle…  Crap… I can’t remember his new name. Rog.. Randy? Randy. Of course, Randy Newman.

So after we watch the riveting 20 minutes of crime, chaos and all around family melt down, I send the kids to bed. Suddenly, out of nowhere,Thing Three completely turns on me and starts giving me what-for.

Apparently she has had enough of all this destabilizing moving nonsense and finds it unfair that while she has friends who are still living in the homes their ancestors were born and raised in, I have uprooted her one too many times and this is the last straw!

“Yesterday my teacher asked me to fill out my medical form and when I asked him what to put for an address, since I’m homeless AGAIN, he thought I was joking and laughed at me!!!”

She ranted about living out of backpacks and something else about where her fish was going to live and perhaps a word or two about social services or youth protection.

I rubbed her back and reminded her that for the last 6 months she has been begging me to move so she could be closer to her friends and the skate park.

“You’re pretty irresponsible to have gotten us into this mess!”

And because we aren’t allowed to scream and cry, “Oh yeah? Well do you have any idea how hard this is for ME?” much less throw our kids out the window, I put on my best mommy voice and consoled her. I validated her feelings and talked her down for at least a minute before starting to feel attacked.

“Sweetie, I know this all feels a bit destabilizing and I understand that it’s hard for you. I need you to remember that it’s temporary and I’m your mom and I am doing what is best for our family and I am trying to do it in a way that is as quick and painless as possible”

Because I’m exhausted and drained have lost perspective entirely, but mostly because I’m immature, I look to Thing Two for validation.

Thing Two: “She’s totally being dramatic. It’s not a big deal. It’s not even that stressful”

Me: “It is stressful honey but it’s not like we’re moving into a refrigerator box”

Thing Two: “Well it’s only stressful because of all the things we have to do to help”

Me: “We? I have packed every single box and bag in this house, all by myself, without an ounce of help. What have I made you and your sisters do exactly?”

She dangles her head and right arm off the couch and without taking an eye off the television for even a millisecond.

“But just the idea that you might at some time possibly ask us to do something to help is pretty stressful mom.”

I went in my room and had a little meltdown of my own. For a moment I wished we really were on the run, because I wouldn’t have to pack any of this crap. I could just leave it all behind and go, with my kids, the dog, the cat, the fish, a few pairs of my favorite shoes and… Oh yeah, another thing  Nathalie Newman has that I don’t… a vehicle.

But, discounting the fact that she has an SUV, and a slightly more defined jaw line,  Nathalie Newman and I are basically the same person.