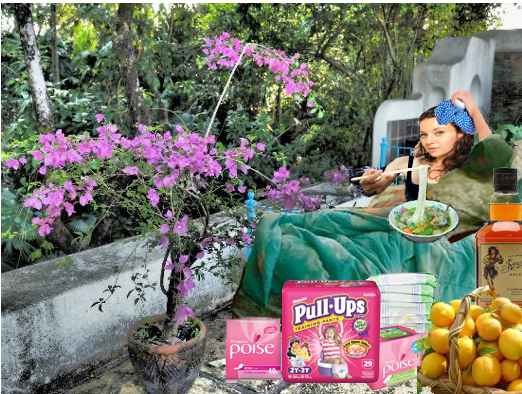 Posted on April 7, 2015April 20, 2016by adminin The awesomeness that is the inner workings of my somewhat disturbed and unarguably juvenile mindTags COUGHING MAKES ME PEE MY PANTS, HOW IS THERE NO RUM IN THIS HOUSE?, IF YOU'RE ON FACEBOOK IT'S NOT THE FLU

So, as I have mentioned in the past,

I find it hard to believe that somebody with a fever of 105 is updating their profile picture instead of heading to the ER.

And anyone who posts that they have a migraine. Is a liar.

Fine, maybe they’re not actually a liar. They may actually believe that what they are experiencing is a migraine.

But having experienced many, I find it really difficult to understand how somebody who is suffering a severe, excruciatingly painful headache, and possibly flashes of light, blind spots, tingling in the arms and legs, nausea, vomiting, and increased sensitivity to light and sound, lasting for hours or even sometimes days… can find the want or the will for newsfeed perusal and status updates.

I, despite my unusually high threshold for pain, prefer to lay in the dark, in tears, rocking back and forth, begging the universe to just kill me and put me out of my misery. It has never occurred to me once during a migraine, to sit staring into the glaring light of my laptop monitor thinking of clever things to stay to the interweb.

All of this is to say that if you are on facebook bitching about it, you’re not that sick.

Take me for example.

I am sick and you don’t see me posting all about it as my status do you?

In fact, I’m here writing about how not sick I am.

Sure, I can’t stop coughing my guts out, and every time I do – I cough so hard that I have to cross my legs really hard and pray to baby Jesus really loud, to stop myself from peeing my pants.

Sure, I have a headache. But it’s not a migraine. It doesn’t feel like somebody is crushing my skull. It merely feels as though a tiny elf is chiselling away at it with the tiny ice-pick he has clutched in his tiny hands.

I’m not going to lie. I’m starting to feel tempted to pretend that it’s much worse than it is and not because I want sympathy either, but because this weekend, after announcing that I am currently suffering from the plague, I received more invitations to go out, than I have in months.

And because people keep asking me if I need anything but I know that when people ask you that, they aren’t actually going to just drop whatever it is off at your door step and leave you alone.

I know how this works.

It’s happened enough times, that an innocent “Do you need anything? Can I drop you off some soup?” from my very best of friends –

has quickly become the scene in which I am sitting on the sofa, that I’ve been rotting on for days, bearing a remarkable resemblance to Linda Blair in the Exorcist…

while my pal, who looks like she just Walked off the cover of Elle Magazine, and her disturbingly metrosexual boyfriend, alternate passionately between making out and arguing over take-out menus on the other end of the couch for hours.

Eventually they order something that is clearly made out of slate chips and sandpaper, which I nobly, albeit unsuccessfully, attempt to eat anyway, as sign of appreciation – even though it feels like swallowing freshly sharpened barbed wire.

And I know that when my girlfriend walks into the room and finds me laying in bed drooling on myself and praying for cold dark cave to curl up and die in, and she says “you need me here to take care of you”, what she really means to say is that today feels like a fine day to host a Superbowl party.

All I’m saying is that maybe I’m just not acting whiny, contagious, or repulsive enough.

Maybe all those wankers on facebook aren’t actually whining. Maybe they are trying to repel annoying house guests and invitations to go dancing and flea-marketing.

“Come on! The fresh air will do you good!”

Yeah sure, fresh air like the kind that tuberculosis patients got in 1906, with an ice pack on the head and a bed on the hospital veranda.

Do I need anything?

I need a bottle of Sailor Jerry’s and 6 lemons.

I need an endless JUMBO bowl of Vegetable Tonkinoise soup with fresh lime and chilies.

And either a merciful God, or a crate of adult diapers.