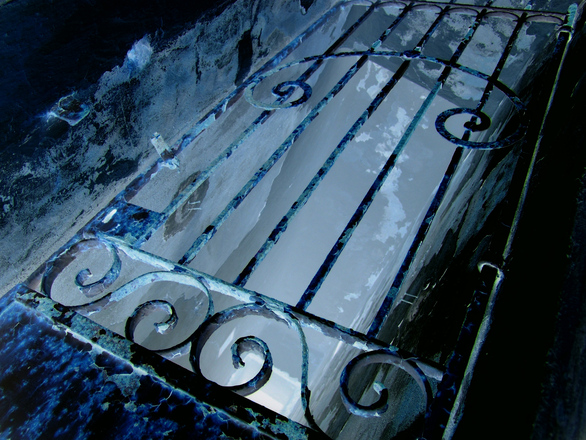 Posted on April 1, 2016February 19, 2017by adminin The awesomeness that is the inner workings of my somewhat disturbed and unarguably juvenile mindTags April fool's day is the day when life as we know it, I hate April Fools day, is just one big episode of Jackass

And with good reason, it’s easily is the dumbest day ever. Seriously. It is so stupid.

When my ex was a kid, his mom used to cook pieces of fabric into their pancakes the morning of every single April 1st.

I’m not sure how that’s even funny. It just seems like a sad, disappointing, kind -of-gross choking hazard.

Apparently there is a version of April fools day in almost every country in the world.

Many have the same tradition as us, of playing jokes on people until noon, when we can all breathe a sigh of relief.

But not really because there are plenty of @$$holes who don’t observe the sacred April Fool’s day is over at noon, rule.

In England, if you get fooled, people apparently, in addition to pointing and laughing, call you a ‘noodle’, ‘gob’, ‘gobby’ or ‘noddy’

you know… in case being publicly humiliated wasn’t enough.

I read (thank you Wikipedia)  that in Ireland it was traditional to entrust the victim of an April Fool’s prank with an “important letter” to be given to a named person. That person would then ask the victim to take it to someone else, and so on. The letter when finally opened contained the words “send the fool further”.

What the hell does that even mean?? That’s just drunk talk Ireland, and you know it.

I don’t know if it’s true but it’s been said that in some nordic countries, most news media outlets will publish a false story on 1 April. Often on the front page of the newspaper.

While I find this tradition much more humane, as it is the general population that is being ridiculed all together as one, it’s probably just a dumb story that makes everybody go…

“Oh…okay yeah. Is it cold outside?”

In Italy, France, Belgium, and French-speaking areas of Switzerland and Montreal Canada, April fools is known as “April fish” (poissons d’avril in French orpesce d’aprile in Italian). This includes attempting to attach a paper fish to the victim’s back without being noticed.

Which is totally stupid but again not really harmful, hurtful or humiliating.

Am I the only one who feels like April fool’s day is the day when life as we know it, is just one big episode of Jackass???

Maybe I’m exaggerating, I don’t know. I don’t even know if people still pull pranks because I hate it so much that I don’t even leave the house on April 1st anymore.

Well, I went to the gym this morning but I waited to publish this post until I got home,

in case my trainer read it (you know because my blog is so fascinating and she has nothing better to do in the middle of her work shift) and then pranked me when I got there, by videotaping me attempting burpees, and/or taping a train of toilet paper to my sneaker while I planked… or something…

I don’t know! Whatever.

It has seriously terrified me ever since I was a kid. The mere thought of being tricked and publicly humiliated and ridiculed, almost literally paralyzed me.

One year, I was so scared to get pranked by somebody at school, I hid in a bathroom stall almost all day long. My stomach was in knots, I could barely breathe, and my heart jumped every time somebody came in.

Finally overcome by hunger (it had to be at least 10:30 am by then, and an hour and a half goes by verrrry slowly in a toilet), I mustered the courage to brave the terror-filled corridor.

I was on my way to my cubby to get the lunch that I had buried under stale gym clothes and fermenting macaroni art, so that nobody would tamper with it, when I was cornered.

Oh God, here it comes, I thought. This is it, it’s happening to me.

I broke out into a sweat, and probably hives. I felt light headed and shaky. My face felt numb, except for the eye that was twitching.

“We’re going to play a prank on the teachers, want to help?

I was frozen. Did they really want my help? Or was this the set up for the most humiliating day of my whole and entire life?

“It’s going to be hilarious!! We’re going to put saran wrap on the toilet in the teacher’s washroom, and when a teacher sits down on the toilet to pee… instead of the pee going in the toilet, it will go all over them! hahahahahaha ha ha ha!!”

It sounded like a legit disgusting, stupid, idiot April Fool’s joke, and one that didn’t star yours truly as the victim, so I agreed. In fact, I was so determined to be the joker, and not the fool, that I volunteered to be the one to put the saran wrap on the toilet seat.

And I did it too.

I was trembling and sweating and praying to god that I wouldn’t get caught or, even worse, that the other kids weren’t running to tell on me that very second, making me the April fool after all.

And when it was done, I felt an enormous sense of relief. Such relief, that I actually forgot about the plastic wrapped toilet almost immediately after doing it. Such relief that I just let go and had one of the best afternoons ever.

Until the principal came into our classroom to announce that a teacher just had to unexpectedly and rather suddenly go home because she was drenched in her own urine on the lunch break.

A witness said they saw her running to her car weeping.

No lie, I don’t even remember if we got punished for that. All I know is that I felt like the biggest jackass ever, and from that day on, I hated April fool’s day even more than I ever had.

I’m just glad that noon has come and gone, and that the reign of terror is  finally over…

While I was away cheating on you yesterday, I celebrated Cesar Chavez’s birthday, and this is where I did it: 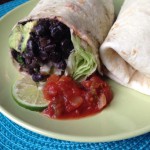