Posted on February 27, 2014October 10, 2018by adminin I do things so you won't have to, The awesomeness that is the inner workings of my somewhat disturbed and unarguably juvenile mindTags pastagate, Pauline Marois, Quebec is racist, Racist laws, separatism

On that ragey note, let’s start with a charming little Once Upon A Time, shall we?

15 years ago, I was sitting at a bar with some dude from St-Jean, who I’d accidentally made out with at an after-hours club the night before.

He poured me glass of Boreal and right off the bat he asked me, as nonchalant as if he’d asked me what my favourite colour is,

“What’s your position on Separatism?”

I replied, young, un-learn-ed, perky and filterless as I was,

“I’m not opposed to separation, but I do think that you’re a bunch of babies throwing a tantrum and you need to learn how to use your inside voices and your grown up words or nobody will ever take you seriously, let alone care about what you want.”

Needless to say (and somewhat understandably) buddy slammed his beer down on the table and gave me what for.

And then he tried to convince me to let him come home with me. Naturally.

That although (I’m assuming) there are plenty of excellent points in favour of seperatism, he made none. He simply ranted a well rehearsed dialogue that he’d probably heard his father and grandfather spout off a hundred and one million times.

A fear based rant about how the English Canadians are metaphorically still killing off the French, and wiping out their culture, language and beliefs.

Speaking of beliefs, I BELIEVE that’s exactly, not metaphorically, what the (oh so vulnerable and victimized) French did to the Natives who LIVED HERE FIRST.

Yes, that’s right, people who were here BEFORE the French Canadians.

The Parti Québécois is all up in arms about preserving the culture and the language of Québec, but by their own standards, it’s not actually French we should be working so damn hard to preserve, it is languages like Abenaki, Montagnais, Mohawk, Micmac, Naskapi, etc…

So my question is, where are the flippin’ Algonquian Language Police? Because I’m officially volunteering to donate whatever percentage of my taxes is paying for the French Police to them instead.

THEY WERE HERE FIRST.

I’m am so tired of the PQ and their arrogance, spouting off about their purity, I could throw up.

What the hell is Pure Laine??

A pure race? Are you freaking kidding? You’re proud to be a member of a pure race? So was HITLER!

Also, technically, Pure Laine actually means being exclusively of the original ancestry of the French-Canadians.

Half French (from FRANCE) and half English? Uh oh….

Oh and speaking of Hitler, what ever happened with that Pauline’s proposed bill to IDENTIFY ALL ANGLOPHONES IN QUÉBEC (not francophones mind you) on their medical cards? Did we vote on that one yet?

This morning, I heard on CBC radio that a Chelsea business owner has received a letter from the Québec language police telling her to translate her store’s Facebook page before the menaced deadline, or pay the consequence.

Because apparently, the Québec Language Police think they are the boss of Facebook now too.

Because apparently Pastagate wasn’t enough of an embarrassment to the entire province. Yes Québec, we are a PROVINCE, not a country. Not yet.

Speaking of which, how are supporters of the Parti Québécois not bothered that their leaders continue to repeatedly and publicly call Québec a country, while still dependent on the Canadian government?

You know what that reminds me of?

*bring on the hate mail*

My teenage children who keep insisting that they are 100% independent adults who are legally entitled to make all their own decisions.

And then immediately ask me for help, and money, and rides etc…

“Oh my god! You’re actually going to make me buy my own bus pass??? Are you serious right now?”

Come on Québec! How much humiliation are you going to stand before you finally stand up??

A Premier who is supposed to represent our entire province publicly congratulates the winning Olympic hockey team but refuses to say what COUNTRY they are from??

The Québec minister responsible for higher education, research, science and technology, re-tweeted a photo of the olympic medal winning Dufour-Lapointe sisters in which their mittens were “photoshopped” to replace the red Canada logo to blue and white, emblazoned with Quebec’s Fleur-de-lis – with his comment, “Superbe!!” ???

And it’s the English who are metaphorically killing off the French? SERIOUSLY?????? You’re killing yourselves! You’re metaphorically hanging, slitting, poisoning and shooting your own damn selves.

You’re living in the past, and strangely, it seems that the French language is the only part of it that you are hell-bent on preserving, not family values, self-sustainability, community, or good old fashioned Québec traditions.

But hey! You know what? I don’t even care, or at least I wouldn’t, if you weren’t being such a dick about it.

I was born here. I am Canadian. I am a Québecer. I’m a Montréaler. I used to be proud. Now, I am just so embarrassed.

You want to instill pride and preserve our blessed French language?

Throw a French Quebec festival. Plant traditional French music playing buskers up and down every main street of the city, cook up Tourtière, poutine, and sugar pie for the masses, enforce mandatory sugar shacking and Make French sexy all over again.

STOP villainizing everybody else, and spouting off about how you’re a pure fucking race, and handing out fines to everyone who speaks, thinks dreams or spits in another language.

STOP making priorities out of stupid shit like making it illegal for the sales staff at Starbucks to greet customers by saying “Bonjour-Hi”.

And STOP wasting our money on billboards and flyers and hate propaganda, and charters that are a MASSIVE embarrassment to Canadian values and human dignity.

Yes, I’m talking about your sacred, power tripping, fear mongering, blatantly racist charter that promotes discrimination and hate, and strips people of some of their very basic human rights.

Note to wankers: if you are “uncomfortable” being served, helped, educated, or spoken to by somebody who wears a scarf on their head, instead of around their neck, I STRONGLY suggest you get yourself into therapy. Immediately.

And now that I only have one (my cat) loyal reader left, I’ll end the same way I started, with a little Once Upon Time.

17 Years ago my friend admitted, after I confronted him, that he’d been talking behind my back with some friends recently.

“Well Jen, it’s just that I think it’s environmentally irresponsible of you to bring 3 children into an already overpopulated world limited in resources and overrun by a corrupt government that has been voted in by scared, gullible, uneducated inbred trailer trash rednecks. You’re so smart. Why would you do that?”

To which I responded by saying,

“Because Paul, the scared, gullible, uneducated inbred trailer trash rednecks aren’t going to stop breeding so I’ve taken it upon myself to do my part to help outnumber them.”

I don’t believe in government. I don’t believe that anyone is obligated to vote. Not even to show thanks for the “privilege” to do so. Because I don’t think it’s a privilege to vote for a system that I didn’t (don’t) even want. It’s like being shown a line-up of rapists and having the privilege to vote for which one of them is going to violate you.

BUT, that having been said,

keep in mind that the scared, gullible, uneducated inbred trailer trash rednecks will vote… and we do have the power to outnumber them. 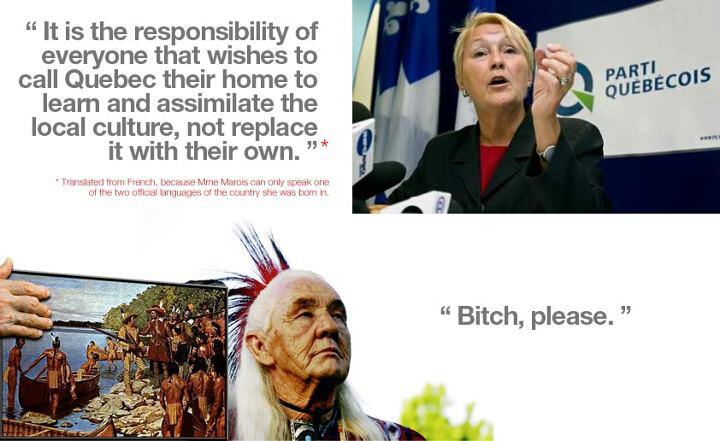