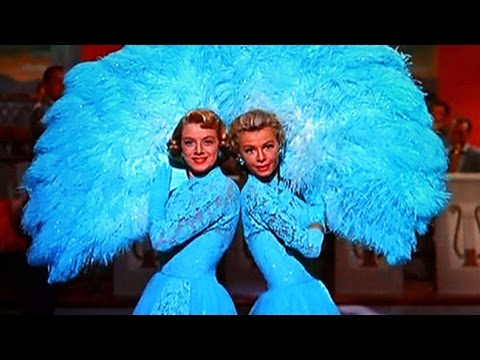 Posted on July 27, 2010July 28, 2016by adminin The awesomeness that is the inner workings of my somewhat disturbed and unarguably juvenile mind

As we pulled into Toronto, I had a rush of nerves for my impending performance in 3 short hours and a rush of nostalgia, of past Toronto shows, love and heartache…

I took a deep cleansing breath and let it all go.
“Mmmmmm… Toronto…”

“Oh! Chinatown! You know what that means? Shopping!”

“Yeay McFadds! You know what that means… Shopping!”

and even, as we passed the liquor store…

“LCBO!! Woohoo! You know what that means!”

We stayed at my step-sister Kimberly’s house. She’s not a fan burlesque and also not a huge fan of breasts in general, as far as I can tell. She wore turtlenecks even when it was 40°C (that’s about 104°F my Americans), mumbled something about cleavage and the Lord the minute we walked in, and made us wear mandatory mumus in the condo, at all times. Mine was made of burlap and had the word harlot branded across the front.

I begged her to come to my shows but she refused on account of being embarrassed that we’re related to each other and firmly insisted that I stop telling people that she’s my sister.

When she was feeling tender she would let me call her my cousin but that sobered with daybreak.

We got along well enough, but I kept finding little anonymous notes laying about the house that said things like “You’re nothing to me”, “Burlesque is the devil’s work” and “LEAVE”.

She cooked constantly, clearly intending, quite successfully, to make me feel inadequate as a cook.

Appetizers kept appearing out of nowhere.
“Oh.. just some mini spanakopita I threw together while you were brushing your teeth”
or
“This? Handmade Pierogies… it was nothing, really. But we’ll eat it tonight with the vegetarian cabbage rolls (secretly poisoned with bacon no doubt) and clear as a summers day borscht that I threw together while you were using up all my hot water in the shower. I thought it would go nicely with the wine I’m stomping out right here on the kitchen floor as I speak to you. ”

I think what hurt the most was the dandelion goat-cheese croustade with a hint of citrus. My only defense was to call it a casserole and watch her blood boil.

Her boyfriend Mike was even worse.
“Oh god! ” He’d shout every morning at the top of his lungs, “They’re still here!”

One night I found a handsaw on the floor, just under my side of the bed. I hid it under the sofa when I was sure they’d fallen asleep, in fear of being shanked in the night.

If you can shank somebody with a saw that is…

I considered moving to the streets for the weekend. They’re littered with panhandlers, many of whom, appear to be genuinely happy.
I’ve honestly never seen so many cheerful homeless people. They’re having little pick-nicks and jamming together on the corners like gypsies.
I lived on the streets for a short time, as a teenager and I have to say, I don’t remember it being nearly as much fun as the folks in Toronto are making it out to be.

In fact, were I the Province of Ontario I’d seriously consider changing my License plate slogan from “Yours to Discover” to “Toronto, where being homeless looks pretty darn fun”.

I’m sure I would have fit in fine, all bag lady style, with my mountain of luggage, but I couldn’t, for the life of me, find an abandoned shopping cart to drag it around in. Also, being a burlesque performer kind of requires that you wear enough make-up to house a family of drag queens, and again, 40°C.

Without the protection of my sister’s air conditioning, it would take only mere moments to turn my glamorous, glittery, esthetic masterpiece to melty-sad-clown-face.

Miraculously, we survived the week-end enough to thoroughly enjoy the Festival, which I will blog about tomorrow.