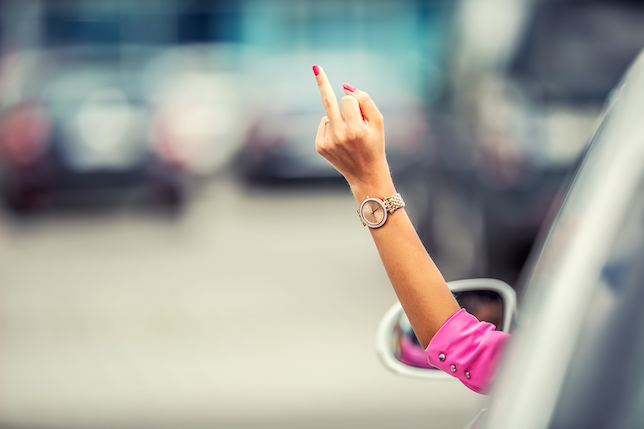 Posted on October 13, 2019by adminin The awesomeness that is the inner workings of my somewhat disturbed and unarguably juvenile mind

of employment recently changed medical insurers, and informed us that we would have to

pay for all medical expenses out of pocket until at least October 1st, when our new cards arrive.

Naturally, two days after this announcement, I quite promptly bit down on a seemingly harmless almond  and quite certainly and absolutely broke the entire right side of my face.

Or at least a filling.

that I might need a root canal, that I haven’t actually made a dentist appointment.

It’s not that bad really, as long as I don’t chew anything hot… or cold…. or solid… on the right side of my mouth.

Or inhale at the same time as drooling. Which, by the way, I do so often, that I am convinced that when I do die, that’s how it’s going to happen.

I was seriously thinking of biting the bullet – pardon the pun, if that really is a pun –  and going to see my dentist, even without insurance, but then a few days later something else happened!

I woke up in terrible pain, and the very clear certainty that I had absolutely broken my left knee… in my sleep.

Or at least twisted it.

It’s not that bad really, as long as I don’t take the stairs, or walk, sit, stand, or lay down for too long…

This is my life right now, and has been for about 3 weeks, almost a month.

The tape, the apparatus, heating pads and ice packs and…..

I actually know hundred-year-old people who sleep quite comfortably at night,  NOT in fear of doing either of those things.

All this to say, that I had to prioritize how I was going to invest my money, and since physio costs less (per visit) than a root canal/crown/facial reconstruction… The choice was clear.

I haven’t gone to get my hair coloured or cut in months now.

So, I have about two inches of grey roots at the top of my scalp, and then a puffball of dark angry hair hanging from it, which basically makes me look like I’m balding.

“Why haven’t you gotten your hair done??” You might ask.

Mostly because of those priorities I mentioned, but also because I’m still somehow ridiculously busy – and  also because it takes me an extra 287 hours, at least, to get anywhere or do anything, on account of my lame leg.

I’ve basically been hobbling around Montreal looking like a residentially deprived troll doll who may, or may not have recently had a stroke.

For those of you with a weak sense of imagination, I took this selfie, to help you feel me right now:

Needless to say, I’m not feeling my best.

In fact, last week I went to a very dark place in my mind, where I had pretty much convinced myself to quit my job, comedy, and coaching and become a full-time Netflix watching pasta over-eater.

Fortunately, thanks to my physiotherapist, who will for the duration of this post be referred to as Angel-Sent-Straight-From-Heaven, and a trainer with a toolkit full of “wheelchair” exercises, and a fascination with what she calls “adaptive athletes”, which is probably code for middle aged women with terrible hair and bones made of straw; I found a little tiny flicker of light to keep limping toward.

It’s worth noting that both of them pointed out that the left side of my body is remarkably higher than the right, as you can see in the above selfie, and both insist that I will be making a full recovery.

What does any of this have to do with being a dick??” you might ask.

A few days ago, I was hobbling to work, dragging my sorry troll-ass across a crosswalk, not letting my limitations get in the way of me living my truth, when some rich barbie-doll in a white hybrid-space-machine-SUV started honking at me and yelling at me to hurry up across the street.

Now, I’m usually an impossibly patient human being but…

Something finally snapped in me.

I did not hurry across the street. I didn’t even pick up the pace a teeny tiny bit.

In fact I came to a complete stop, turned to bitch-face-barbie, lifted my foot off the ground, pointing at my leg, and I screamed at her.

“I can’t fucking walk any faster! My idiot knee is broken for no fucking reason, and so is my face you stupid BITCH!!!!”

The woman looked horrified and actually started yelling back to me, waving her hands frantically, probably hoping it would make me disappear:

Which is great, and lovely and fine.

But I have to say, to all and any drivers, anywhere, any time,:

Whether the driver or pedestrian in front of you is going painfully slow, making weird driving choices, or late on the green light… you don’t know why. Don’t honk at them unless they are in or causing danger. It’s simple.

No matter how important you think you are, that person has a life of their own, and reasons for doing what they do.

Maybe they just got fired.

Maybe they didn’t get any sleep last night because they found a pair of other woman’s panties in the glove compartment of her boyfriend’s Jeep Cherokee.

Maybe they have terrible gas and it’s giving them such bad cramps; they can’t see straight.

Maybe they woke up that morning with a broken knee and face for NO REASON and their hair looks like its falling out and they’ve just discovered that what they thought was a newly sprouted moustache over their lip, is actually VERY DEEP WRINKLES, SO YOU SHOULD GIVE THEM A F@#$ING BREAK!!!!

But maybe. So you know what? Just in case… Don’t be a dick.