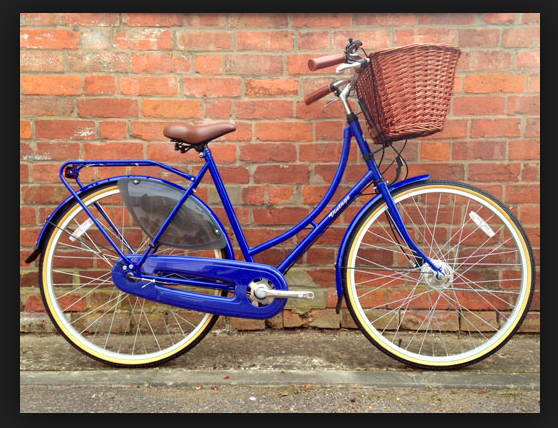 Posted on June 19, 2015February 25, 2016by adminin UncategorizedTags go fuck yourself, liberating yourself from the opression of being polite, Vintage Raleigh

Practice saying NO to the things and people who give me NO feelings
You might be wondering why not just practice saying no? Why do you have to tell somebody to go $#%& themselves?
Which is an excellent thing to wonder, and even ask.
To which I would probably respond by feeling embarrassed and guilty and apologizing profusely while secretly resenting you for giving me a no feeling by merely existing. So I think it best if you keep those thoughts to yourself, if it’s all the same to you.

****** 1 ******
A few weeks ago,
I received an email, announcing that I was accepted to perform in a festival that I had been invited to apply to a few months earlier.
At first I was happy. Then I re-read the email and realized that I was being offered an unpaid spot on the Thursday night…. not even in the same city as the festival.
At first I felt sad. I don’t want to perform at my own expense, on a Thursday night in the middle of nowhere.
Why do I have to settle for such crap?
I was one of the first performers and producers in the neo-burlesque movement in montreal, in 2003. I have performed in festivals in Canada and the United States, and was an invited, paid, headlining act at aBurlesque Festival in Tokyo Japan.
Why am I performing on a Thursday night…. in the middle of nowhere? At my own expense? Why??

I called a friend, completely beside myself, as I was wading through a crowd of people on a busy downtown street.
“Really?? have I not paid my dues? Have I not proven myself?? I’m almost 45 years old!!!!!”

She laughed
“You’re not going silly. That’s ridiculous. You shouldn’t have had to apply in the first place. You should have been invited. Tell them thank you, but no thank you”

I struggled with the email. I wrote, deleted and re-wrote the message many times. Too apologetic, too self-righteous, too bitchy, too everything. And finally, I literally just wrote “No thank you” and sent it.
And then I felt sick to my stomach… And then I felt guilty for valuing myself enough to say no to something I didn’t want to do. And embarrassed even.
That’s right. You heard me. Embarrassed that I valued myself. Like the person who read my email might think

“who the hell does she think she is, too good for an unpaid Thursday night gig in the middle of buttf*&% nowhere?”

But instead they sent me a generic cut & paste “We’re sorry you won’t be joining us this year, best of luck in your future endeavours” email.
I’m not going to lie by pretending that it felt great but I’m really relieved not to have agreed to something that I didn’t want to do.

****** 2 ******
I posted an old bike on Kijiji a while back… I think the original asking price was $80
Mine isn’t in mint condition but the ones that are are going for about twice the price so I figured it was fair.
I posted close up pictures of the rusty bits to avoid any confusion and so as not to waste anybody’s time.
I received many inquiries via email but nobody who actually followed up.
This week I re-posted the add, dropping the price to $60

Again, a handful of inquiries but no follow up.

Except for a guy who offered me $25
“joffre 25.00 pour votre vélo merci”
Who I naturally ignored.

And a guy who wrote to tell me that he found it weird and hard to believe that the bike was too small for me….

Who I also ignored. But only because I honestly had no idea how to respond.
And this one girl who told me that she’d come over to see it last night.
Like that. She didn’t ask. She told me she was coming.

It made me uncomfortable but I decided she was having a bad day or maybe there was a language barrier stopping her from asking nicely if it was okay or maybe she has severe arthritis in her knuckles and it causes her debilitating pain to type, so she keeps it simple. Maybe…

I agreed and stayed home, instead of going to the gym, to wait for her.
She never showed up

late last night I received an email from her.
“Are you close to a metro station? I’m planning to come sometime tomorrow to see. I’ll text on your number to confirm the time tomorrow morning. Let me know where you are located.

Also, the bike looks very rusted, I’ll only pay $40 for this. Let me know so I can plan accordingly”
At first I felt annoyed. Then I felt guilty for feeling annoyed. Then I negotiated with myself, in my own head.

Well… It has been sitting here forever and $40 is better than nothing… and maybe she’s really poor and has no way to get around. I mean why else would she be buying a bike with rust on it?
Yeah but, why can’t she ask nicely?

Well, maybe she had a bad day or maybe there’s a language barrier stopping her from asking nicely if I would mind accepting $20 less than the asking price…or maybe she has severe arthritis in her brain, interfering with her ability to be socially appropriate. Maybe…
I sat down to write back to her, but first I took a deep breath and asked myself honestly-
“Are you okay with accepting $40″
To which I answered

” I guess, I mean it does have a bit of rust on it and stuff and honestly, who I do think I am thinking that my bike is worth anything right? I mean…
Please shut up. Are you okay with accepting $40 for your bike?
Okay, You know what?? I’d rather give my bike away for free to a homeless person with no way to get to the food bank or his meth dealer. Or to the guy who offered me $25 since he actually said he was offering and said thank you.
Seriously! Who does she think she is telling me that I am selling her my bike for $40 ??
Awesome! Now write back and tell her to go f%$^ herself.”
So I responded:

“If you want almost the same bike without any rust, this one looks like it’s in good shape.
You should email them instead:

I’m not going to lie and pretend that it felt great, but it did feel really good.

****** 3 ******
I took a mental health day today. This morning I was walking my dog along the canal. It’s a beautiful sunshiny day. The sky is blue, the breeze is sweet. I was taking the first deep breaths I’ve taken in weeks.
I was walking on the bike path. I admit it. But, in my defence, there is no pedestrian path on that part of the canal, and there was nobody around for miles.
Just me and my dog.
And the jerk who sped past me, almost running us both over while yelling
“Do you think you could get the hell off the bike path??!!?”
To which I responded

Okay, so maybe that last one wasn’t very polite.

At all… but it felt good. Really really good. In fact, it felt great.