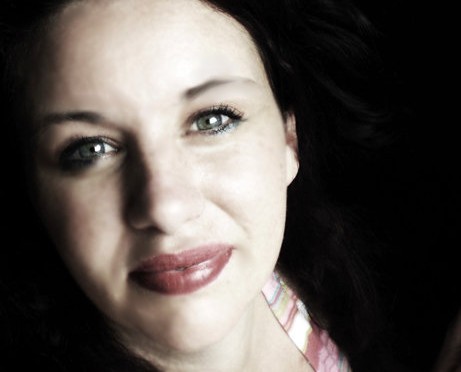 Posted on April 30, 2010February 12, 2016by adminin UncategorizedTags Artist's Way, Billy Idol's babies, Did I ever tell you you’re my hero, Hall of Champions

In Julia Cameron’s book, there is an exercise where you are supposed to create a “Hall of Champions”. This is a list of people who wish you and your creativity well, those who do or have championed your creative self worth. I find this exercise a little draining because many of the characters in my hall of champions also make a cameo appearance in my “monster hall of fame” and this leads me to over analyzing and reliving past garbage and questioning my perspective etc…

I suppose this is probably the point but I thought I would try and ease my way in this time (this time being my 7th attempt at completing Julia’s 12 week course in discovering and recovering your creative self) by creating a hero hall of fame based on people I looked up to in general, whether they nurtured my creative self or not. I figured this would be a little less emotionally taxing.

So I looked back as far as I could and started with My mom’s friend Cathy. I wanted to grow up and be just like her. I wanted her artsy bohemian clothes, her beautiful long wavy hair and her cozy Montreal apartment draped in plants and romance.

What? I was a kid! Being cool is enough to qualify for hero status to most kids and just so you know, I’m not that hard to please even as an adult. If you have a really cool apartment and nice hair, I’d probably even add you to my list today.

I used to spend summers in Westchester County, New York, where my aunt Barbara used to reluctantly share her room with me, reluctantly let me follow her around the house and reluctantly take me horse back riding when my grandmother forced her to. She had a wall of ribbons in her bedroom for all the amazing things that she was amazing at. So even thought I knew she couldn’t stand having to hang out with her chubby (and probably pretty annoying) little niece, I still admired her for the ribbons… and her hair. She had really pretty hair.

Her twin, my uncle Bob, used to bring me up on the roof of Grandma’s house with his walkie-talkies, to listen to truckers swear. This easily overshadowed all the fancy ribbons in the world. He had real hero status because… well, it’s obvious isn’t it?

Plus he taught me that the word duck also means “put your head down, you’re about to ride right under a low branch and get smacked in the face by a tree”. Well, he didn’t so much teach me as he did ridicule me for not understanding what he meant by screaming the word duck at me repeatedly, as my horse led me straight in for a fat lip.

In my defense, had I not been looking around frantically for a stray aquatic bird, I probably would have seen the stupid branch and “ducked”.

I acquired a crush on the fiddle player of my dad’s band when I was about 7 years old. The fantasies of marriage faded shortly there after but the impression lasted long enough to inspire me to buy a somewhat expensive violin only to butcher the art and learn to play the fiddle when I was 20.

I ran in to him last year and felt my face flush with embarrassment, as though I should be apologetic for my inappropriate feelings for him as a child. He was married after all.

Everything from the ages 14 to 19 was a blur of self destructive debauchery somewhat misguided exploration.
I remember marching for the legalization of marijuana like my life depended on it and preaching anarchy without a clear (or any) definition of what it was but having a massive hard-on for a guy whose leather jacket had an anarchy sign painted on it in white-out. This is the same guy who used toothpaste to hold up his mohawk and had to run for cover every time it started to rain.

I remember thinking that Johnny Rotten was a god and wanting to have Billy Idol’s babies but I honestly can’t remember if there was anyone in particular I truly admired and I’m even less sure that I was a very credible judge of heroism or positive influence at the time.

In my twenties I idolized a slew of people ranging from Ansel Adams to Annie Leibovitz , Lily St-Cyr to Lucille Ball, Gerald Durrell to Erma Bombeck, Gandhi to Anthony Robbins, Louyse Bourgeois to Mary Malinowski, the founder of Kooshies’ washable diapers, depending on which phase I was going through, but nobody that I knew in real life made such an impression on me that I would document them as leaders of my personal evolution.

After the birth of my second daughter and during my third pregnancy, I met a hypnotherapist named Michael who was, or at least appeared, so grounded and nurturing and he had such a profound influence on me that almost my entire perspective on everything came to an abrupt halt.
He practiced in a warm and brightly lit studio that felt warm and safe.

I gathered some tools, named my new baby after Michael’s daughter and went forward. Shortly after I met a spiritual healer who also shed new light in my life. She was so reasonable and calm yet really no-nonsense.

“Do you have a crystal ball?” she asked.
“No.”
“Then stop trying to prepare for what may or may not happen tomorrow and live today.”

Her house smelled like spices and tea, I liked that.

Since being hospitalized I have found myself looking up to people who have overcome or are currently coping with serious illness. This kind of pisses me off.

I mean it’s natural of course, and admirable and all that. After all, survival is pretty awesome, but at the same time, of all the things I could be drawing inspiration from it feels weird.

Although, I suppose it does simplify things a little. As long as I wake up in the morning, I get to high-five myself and call myself a hero.

Actually, come to think of it, maybe that’s not so bad.

Ok fine, and Gandhi and those guys too… I guess.

So if any of you find yourself working through The Artist’s Way,

or just casually hanging out, creating a hall of Champions,

and if you were alive enough to wake up this morning,

I enthusiastically suggest that you add your name to the list.