Posted on October 30, 2017October 31, 2017by adminin The awesomeness that is the inner workings of my somewhat disturbed and unarguably juvenile mindTags false sense of exotica, IKEA, Swedish for IKEA

Shame on you IKEA!

And no, I’m not talking about the furniture you allegedly manufactured at forced labor camps, or your alleged connections to Castro, or the allegedly horsemeat meatballs and wiener sausages (honestly I don’t even know what the fuss was about that. People who think there is a difference between eating a cow or a pig versus a dog or a horse fascinate me. But not really because they don’t. I just think they’re ridiculous).

I am NOT even talking about the alleged human/animal waste (Poop) in the IKEA cake fiasco either.

Shame on YOU IKEA.

Shame on you for making people feel the perfect amount of comfortably  fake foreign and fancy for no reason!

Shame on you for making white people think they’re buying exotic – but not too exotic because it’s still made by other white people – chocolate!

I don’t care if Marabou has a Royal warrant of appointment from the King of Sweden, you sold it to KRAFT in 1993. It’s NOT Swedish chocolate. It’s probably not even chocolate at all. It’s probably brown (more poop?) processed cheese slices rolled in sugar.

And also, shame on you for making complete fools out of these people as they walk innocently around your labyrinth of chaos; deceived by the disarray into believing that the deals are so good that packs of rabid shoppers literally tore through the displays like a tornado and OH MY GOD what luck! There’s still ONE framed B&W background print of a red bicycle in Paris left -we’d better buy it because everyone else wanted it and there will probably never be another one!!! Ever!!!!

They lumber like zombies,  violently jerking their heads and batting their limbs about, thrashing through the isles of the lighting department desperately searching for discontinued bulbs,  and filling their blue bags with rubber spatulas and vanilla tea lights instead, drooling on themselves and smashing recklessly and uncontrollably into each other’s carts.

They point at household items and read the signage aloud with unforgivably degrading fake Swedish accents, under the impression that what their saying is somewhat relevant, and not just reciting what might as well be the pages of a chewable My First Words baby book. And whose fault is that IKEA? That’s right. It’s yours. It’s your fault.

My ex husband was Swedish, he loved grocery shopping at IKEA because, where else can you find fish roe mayonnaise in a tube? We even bought furniture there from time to time. The best part was walking around with him as he read and translated all of the names of products for me.

Okay, so personally, I don’t only use my bathroom sink in the morning. And while I can almost kind of see where you were going with that,  you have to admit it’s a bit of a stretch. If I asked the average person what’s the first thing that comes to mind when I say the words good morning… 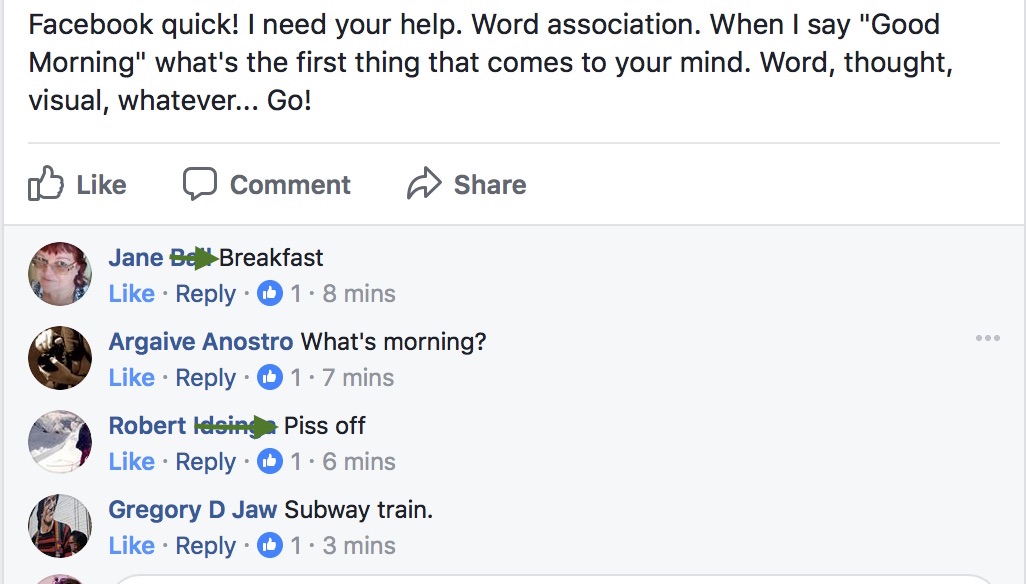 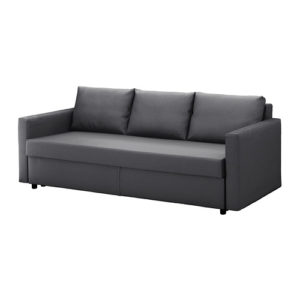 Okay, so first, Frighten looks an awful lot like frighten, which in English means pretty much the opposite of whatever one hopes to be feeling when sitting on their sofa. Unless it’s Halloween and they are binge watching horror movies while playing drinking games with their loved ones.

It’s not a big deal or anything and far be it for me to point out – while your target demographic is educated 18-35 year old, middle class apartment dwellers living in developed cities, who are environmentally conscious but budget restrained, and I’m sure there are hardly any anglophones who fit into that box, if any really –  that at first glance, Friheten looks like frighten, and equating one’s living room sofa with fear is a  weird and somewhat confusing message.

Second, I don’t know how or why…. a black solemn not very comfy or cozy looking sofa evokes feelings of freedom to anyone. anywhere. In any way. And again, not that Facebook is real life, because it isn’t, but… 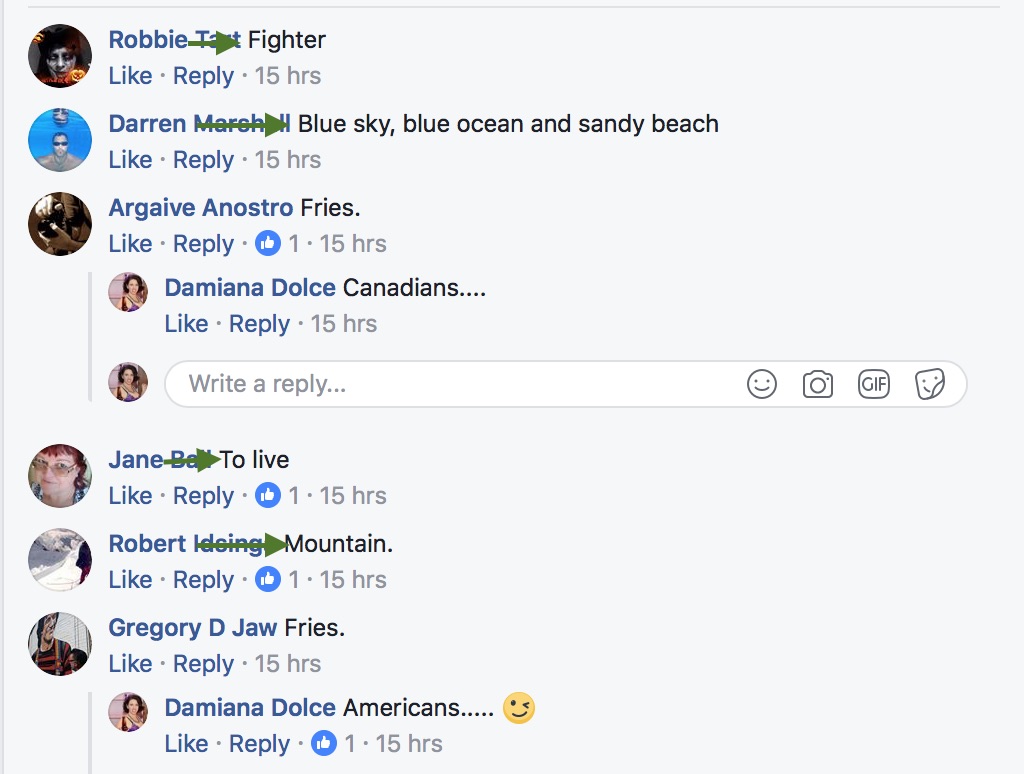 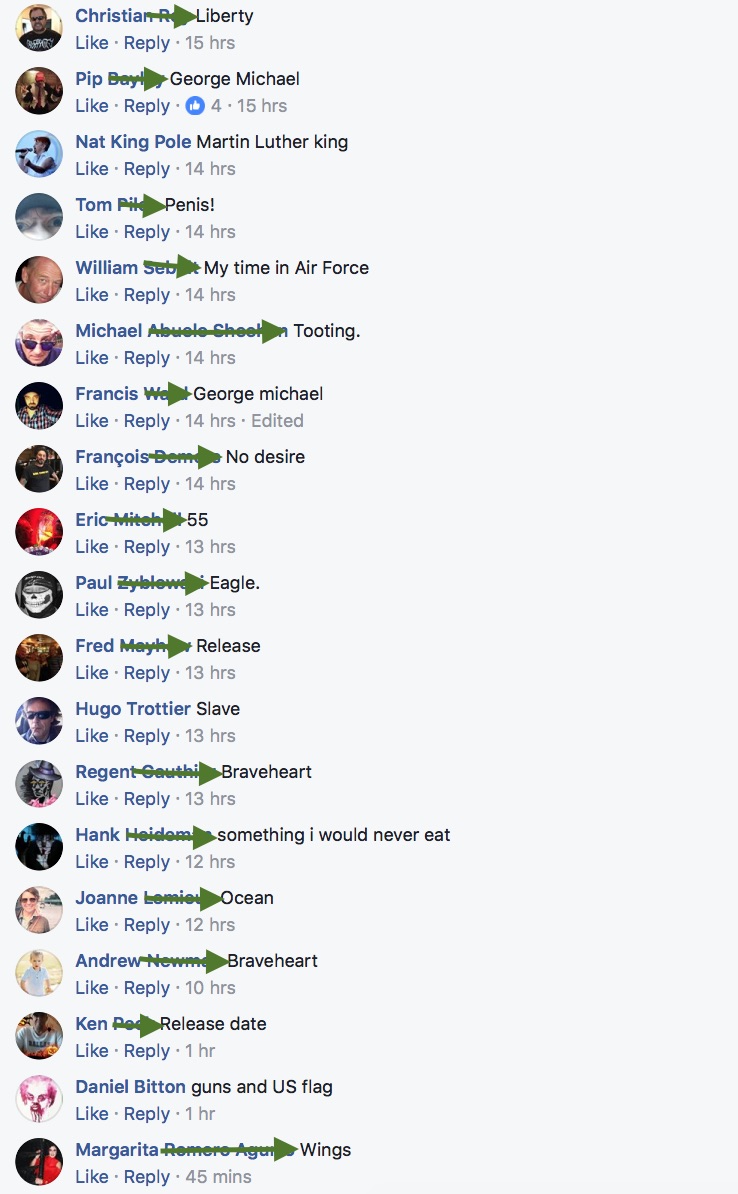 according to my very scientific study, that it would have made as much sense, if not more,  if you had named the sofa George Michaels. Or Fries… 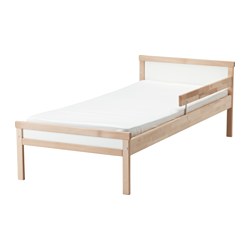 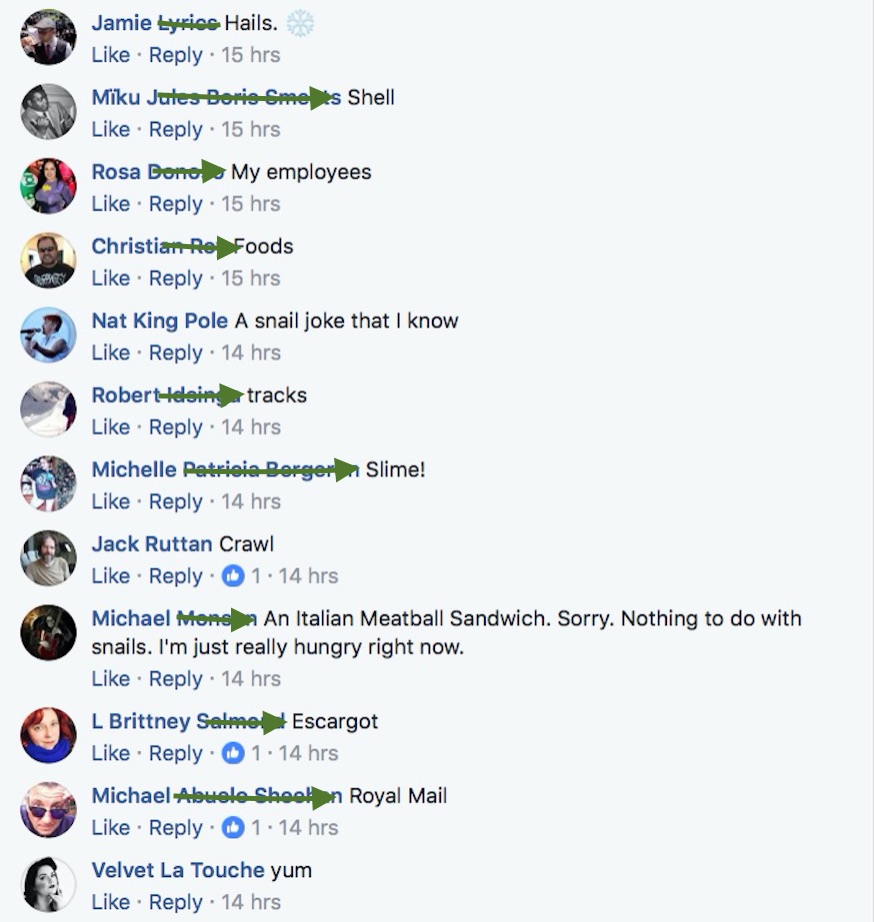 I checked and rechecked and checked again, and nowhere in these comments could I find the words  children’s bed. Or just bed even. Or children. Although both snails and children do tend to leave a trail behind them, I think you’d be pretty hard pressed to find much more of a connection than that.

I’m not saying you’re marketing team is incompetent, irrelevant, or drunk. I’m just saying that they are a pack of wild liars. A melamine sink vanity does not a good morning make. Sofa beds are only freedom if they are situated in one’s office at work, where one can sleep on them at night instead of going home to their incessantly nagging spouse, and children cannot sleep on snails.

Another lie! That’s right! IKEA is not Swedish for common sense!

IKEA is Swedish for…