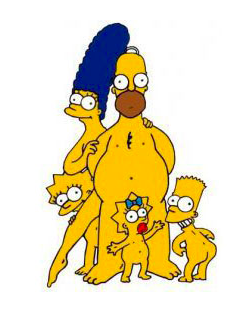 So last night I dream that I am taking a stroll through the countryside when suddenly I come across a giant school. About the school yard wandered children, teachers and parents, most of whom were buck naked.

I’m not going to lie.

I was a little taken aback.

I kept walking for a bit before turning around and taking a longer look and finally mustering up the courage to go back and inquire.

“Is this a naked school?”

Being the only logical conclusion I could come to. Because…

Answered a sweet down-to-earth mama with a baby strapped into a sling.

I had a hard time convincing any of the parents to allow me to interview them (because in my dreams I sometimes suddenly turn professional out of the blue and naturally in this instance I was quite suddenly a journalist) but finally a mother agreed under the condition that I not show her face or mention her name in the article.

The article? Who was I writing for? Not sure but it was for somebody who didn’t mind my filming the exposé on my wimpy little canon powershot.

“can you tell me a little bit about the philosophy behind Naked School?”

To which the mother responded and I quote (if one can officially quote imaginary dream people):

“Aerodynamics is just like collecting welfare and other lifestyle choices”

To which I nodded knowingly, thanked her for her cooperation and walked away from feeling proud of a job well done.

I packed up my camera, various cables and baggage (which, incidentally, I didn’t have with me at the beginning of the dream) and said goodbye tearfully as though I had lived with them all on a commune for months during the heartwrenching filming of a documentary on alternative living or the hardships of residing on a northern reserve or something.

As though I had shared in the wonders of their world, introduced them to ketchup and delivered their first born baby boy.

My real live awake questions are:

Why did I react to that nonsensical response as though it were a deeply thought out, intellectually stimulating and philosophically sound answer?

“Aerodynamics is just like collecting welfare and other lifestyle choices”

When did my dream-self turn into some kind of asshole who believes that collecting welfare is a “lifestyle choice”?

And what the hell is Naked School???