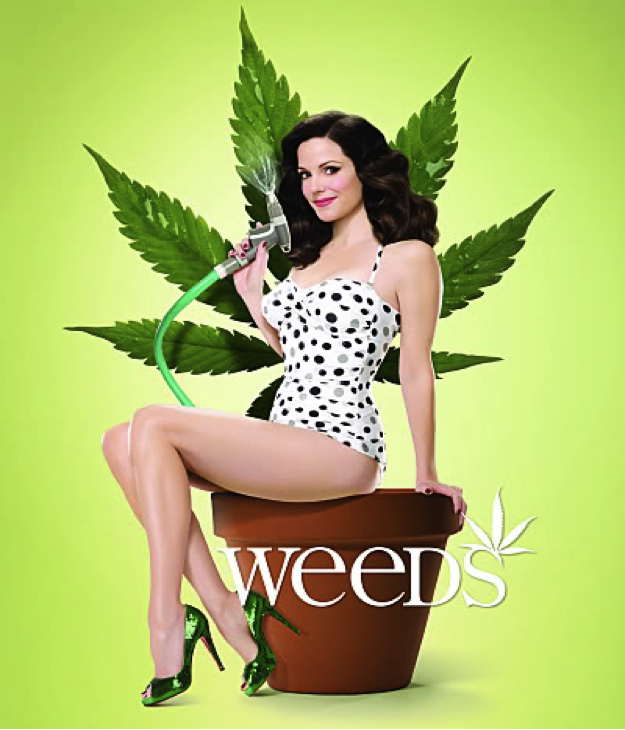 I did a great job of organizing my agenda this week. I’m trying to give myself a chance to rest and recover but also set one or two reasonable goals for each day of this week and somehow, even though we are only Tuesday, I’m already behind.

I blame you Nancy Botwin!

Weeds. Is anybody else as hopelessly addicted to this show as I am? I went through 2 and 1/2 seasons since Saturday! This has to stop or my poor children will have to start foraging for food out in the alley.

Not only do I want to do nothing more with my waking moments, then act as as a voyeur to the entire California suburb of Agrestic, or at least it’s starring cast, but I actually want to be Mary-Louise Parker’s character.
We already have so much in common.

We are both widowed single mothers of disrespectful bold faced teenagers, plagued by bill collection and disconnection threats (well, she was in Season one anyway…) and…um..and we’re both brunette…ish.

No, I don’t have her amazing house, pool with a mini waterfall, Land Rover, or the MAID but I aspire to.
No, I didn’t accidentally marry a DEA agent at an Elvis church in Vegas, impulsively have crazy hot sex with a dealer in an alley, on the hood of a car, mere moments after he threatened to kill me and my family and I didn’t accidentally get myself all tangled up in human trafficking mess but let’s not fuss over little details.

It’s not that the constant state of stress she is in that appeals to me, I already have that. I’m on the eternal search for Zen and tranquility. Hence the 13 yoga DVD’s, 16 different herbal teas and remedies and the mountain of detox/destress/self help books that chaotically litter my apartment.

But I can relate to it.

I can relate to coming home to find the phone disconnected and wondering where I am going to find the money to pay it.

I can relate to sitting at an intersection, banging my head on the steering wheel and crying to the universe “What am I doing???”

I can relate to staring at my children, through my 4th glass of wine and realizing that I have absolutely no control of them whatsoever, and that if I wasn’t on my 4th glass of wine I would probably be hyperventilating into a paper bag, while my family’s  future flashes before my eyes.

Now if only I could look as sexy and adorable as Nancy Botwin doing it. She is sensitive and sweet but ballsy and bad ass at the same time. Who doesn’t want to be all that?

I’m not saying I want to deal drugs on the sly, to pay the tuition at my kid’s school, I’m just saying that there is something kind of sexy about it.

The bigger thing is that despite the general scenario basically going against my basic values and principles, it still excites me. Oh the shame.

What is it with these shows that I plan to hate because they emit negative energy and condition people to think that wrong is not so bad?
Why do I end up not only watching, liking loving them but completely addicted to them? Damn you Weeds, Dexter, Mad Men! You creepy disturbing, temptresses. Shame on all of you and Damn you straight to hell!

Now if you’ll excuse me, I’m going to cut this post short because  My agenda is calling and I have some shit to take care of. 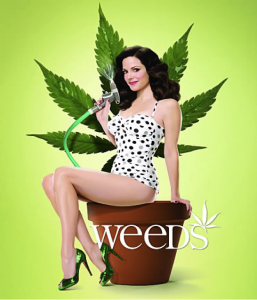