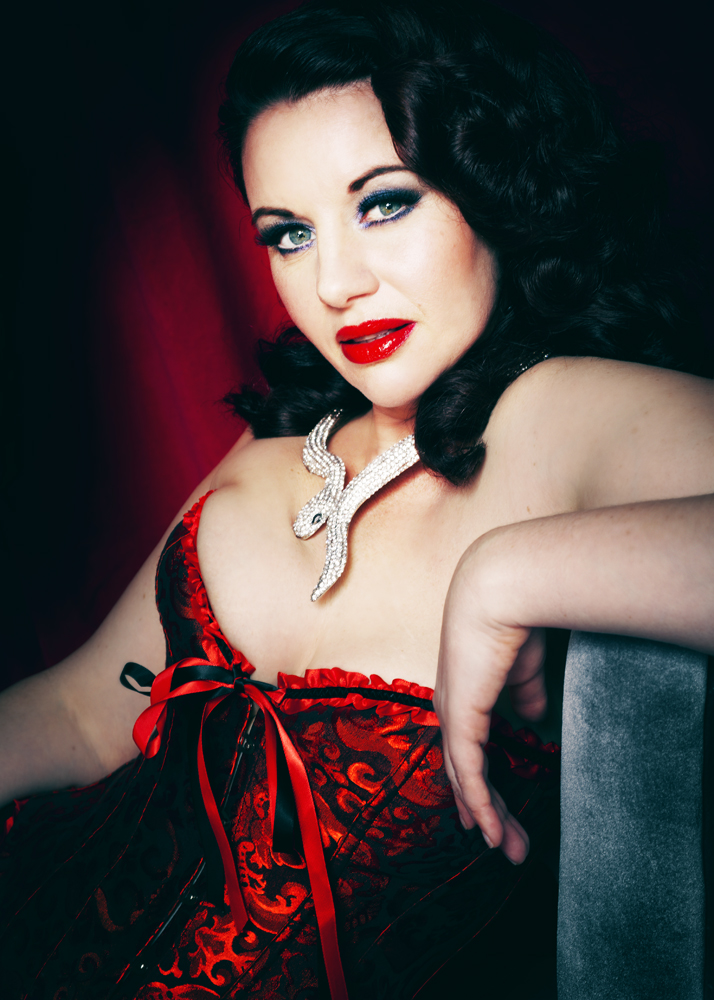 Posted on November 4, 2009September 26, 2017by adminin The awesomeness that is the inner workings of my somewhat disturbed and unarguably juvenile mindTags Actress, Armani, Burlesque, Comedienne, Life Channel, Midwife, Singer

For the most part it is a lot easier to find an audience than it is to find the paycheck to fund the performer, but it can’t be entirely impossible to fuel one’s bank account as an artist.

There are plenty of musicians and dancers who have food in the fridge and a roof over their heads, aren’t there? God knows there are artists selling paintings of nothing for thousands of dollars, and celebrities who star in films about nothing, for millions.

I am a singer, an actress, comedienne, founder and former co-producer of a series of Burlesque style cabaret shows. I am many things, but I am definitely not a salesperson, particularly if the product I’m selling is myself.

I am presently a full time intake counselor at a women’s shelter. It’s rewarding but not satiating. When I am at work I spend most of the day pining for my life as a performer, but when I take time off to work on music or shows I feel horribly guilty. I cringe at the thought of lost wages, and reprimand myself relentlessly for being self-serving and irresponsible.

I’m a little displaced, or stuffed rather, between the world I want to be in and the world I feel I should want to be in.  Shouldn’t I aspire to work for the government or The FBI? Shouldn’t I fantasize about being a stockbroker, a politician or corporate goddess of some kind?

Sadly, I’m lacking both the education and, more importantly, the interest required to throw on an Armani and strut into the office to ascend the corporate ladder.  I have nothing personal against Giorgio or his rager for linear fashion, and it’s certainly not at all a moral or ethical issue. In fact for years I dreamed of being a lawyer, and some of my favorite friends and family members are traders, engineers, judges etc…  It’s just not me.

Fine, how about something more down to earth? Maybe a receptionist or a dental hygienist would be reasonable? How about something straightforward, you know, something that comes with an instruction manual. I’ve lost count of how many times I have begged and pleaded with myself to (please) want to be a plumber, a goat farmer or a television repairwoman.

I spend more time trying to convert myself to conservative ideals than I do nurturing my creative side, simply because I don’t know how to be creatively productive (financially profitable) enough to justify it.

I’m not connected in the industry, I don’t get unique strokes of genius, I don’t know how to do anything any better than anybody else, I don’t know how to make anything that anybody wants to buy (sparkly play dough, anyone? I didn’t think so), and I’ll be honest with you: I’m also not very smart. I don’t know why but I forget pretty much everything. Well, everything that isn’t every single word that all and any boyfriend I’ve ever had has ever said to me, which can be used later in life as proof or self-validation. Somehow that information (ammunition) is seared permanently into my mind. But ask me the name of the book I read last month, or if I’ve seen a movie that I’ve seen 20 times, and I’ll stare at you blankly and clueless. So yeah, trading stocks, brain surgery, rocket science and/or having somebody’s fate resting solely on my ability to recall every single law and loophole ever incorporated into the Canadian justice system is probably not in the cards for me.

I once attended the induced delivery of a pre-mature baby, which inspired the potential for a future as a midwife. The nurse and the anesthesiologist restrained my friend and made repeated attempts to inject her with an epidural, while the expectant mother shook uncontrollably, crying that she had changed her mind and wanted to go home.

“She’s in transition.” I announced,

“The baby is coming any minute, get away from her spine with that needle!”

The nurses barked at me and shoved me aside. I dodged Jenny’s flailing arms and did all I could to come between her and the over enthusiastic syringe wielding practitioner. The nurse reached over and attempted to pin her back down on the cot. “ I’m sitting on my baby you bitch!” Jenny lifted her self up a few inches and below her lay a three-pound handful of human who was immediately whisked away for observation. Granted, having given birth myself a couple of hundred times neither make me a doctor nor qualifies me even remotely to deliver a child, but I clearlyhad a natural gift.

When the doctor finally arrived, after incidentally missing the entire birth, I rolled my eyes, motioned towards the nurse and smugly informed him that he was working with a ward full of morons. To reassure any parents who read this, Baby Isaiah had a very long stay in the I.C.U. but he is now a strong and perfectly healthy five year old.

After subscribing to the life channel and sobbing through at least 100 televised and two more live births, miracles that they all were, it became evident that a career as a midwife would require a talent much greater than the mere ability to recognize a woman in obvious transition. Besides, competing for the spotlight with a mother in labor is just tacky. My calling was clearly elsewhere.

So, I’m faced again pondering (if I can call banging my head repeatedly against the wall pondering…) as to how to mix profitable with fulfilling. It feels impossible to find the time and energy to be “creative” waking up at 5:30 am every morning, working 40-hour weeks at the shelter and coming home to 3 children to feed and snap at every evening. By the time the homework and dishes are done, I’m all out of brilliant ideas and ready to collapse.

Maybe I should go back to teaching pre-school. It may be the closest I’ll get to a compromise between a conventional job and starring in burlesque shows. The bills were always paid on time, I was covered in sparkles and glitter glue by noon almost everyday and at some point, usually between snack and Hebrew class, a choir of boys would inevitably start leaping about the room, pointing at me and chanting “Boobies! Boobies!”