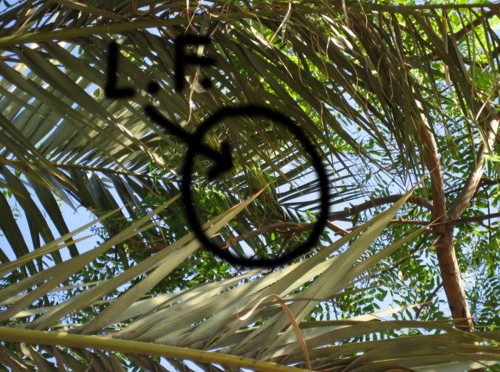 Posted on June 18, 2010October 8, 2015by adminin UncategorizedTags as bird is the word, birds in Barcelona, Jennifer June, Monk parakeets, The Lady's Lounge

The first day on our trip
we were walking up Avinguda de les Drassanes and I noticed a tiny little green bird flitting about the sidewalk. I tried to get his picture but he kept darting out of sight. He flew up into a tree and continued taunting me from behind the branches which led to the affectionate nickname I gifted him with, ‘little f@$%#r’.
I wondered momentarily if his owner was sad to have lost him but it became quickly evident that, if anything, they were probably happy to be freed of this cheeky little twerp.
I searched for him again the next day and the next and then finally found him the day after that, only this time with an identical friend. I only managed to get a couple of lame photos before they took flight.
I called his name sweetly, made little parakeet noises, cooed and flattered him, praising his rare and exotic plumage. I begged and pleaded but he and his accomplice were clearly convinced that I was either going to rob them of their chunks of stale baguette or imprison their souls by eternizing their images with evil man-made technology.
I stood defeated and saddened. François comforted me. I was about to give up entirely when a sudden shower of seed shells came cascading like hail, from the tree under which we were standing. As it turns out, we were situated directly beneath a Quaker Parrot/Monk Parakeet housing project and it was lunch time.
As it also turns out, there a bazillions of these little buggers in Barcelona and they hang with the pigeons and the sea gulls, acting all cool and local. They build huge nests that are divided into different chambers that house anywhere between 2 and 30 birds or more.
Apparently they aren’t that rare or exotic after all. They have been sighted in New York and many other parts of North America. In fact, Connecticut *ahem* humanely euthanized hundreds of them by sneaking up on them after the birds had gone to roost and were peacefully sleeping in their nests, blinding them with a strong beam of light, capturing them and throwing them into a sealed metal box pumped with carbon dioxide.
I’ll be the first to admit that little f@$%#r and his buddies do come off as disrespectful and a bit arrogant but when did acting like a rock star equate with crimes severe enough to warrant genocide?
Rumor had is the birds are plotting to take over Barcelona next and have already caused a considerable amount of damage to the farmlands.
I honestly don’t understand what all the fuss is about. Just standing around looking hungry for seed and eager to take their picture seems to get rid of them in a jiffy. 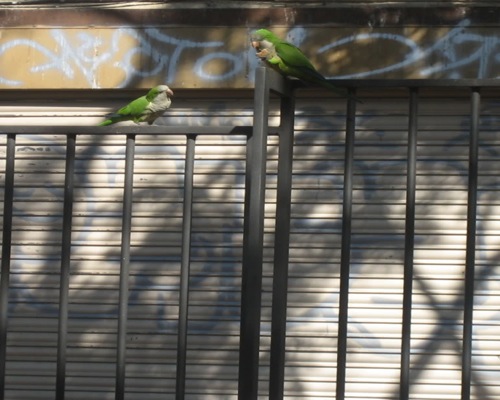 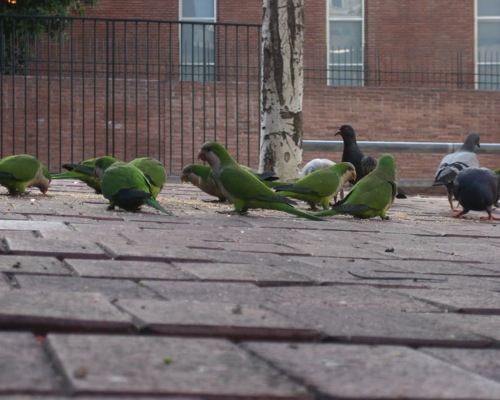